In this article we will discuss the engineering-geological conditions of Ivano-Frankivsk region. In Ivano-Frankivsk region is located in Podolsk upland, the Carpathians and Prykarpattya. The relief in the North-East valinchi-plain (most of the territory, the level of the 200-400m) and mountain in the southwest (dominated by the height up to 1500 m). Billowy portion is located between the Carpathians and the Dniester river, in the valley of which are the reduced space. Adjacent to the Dniester valley have a slope towards the river. 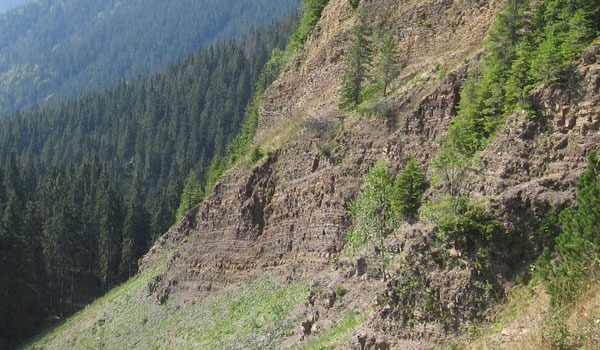 In the South are Kolomyya-Sniatyn plain and Prut-Chermozskoe raising. In the South-West of the region are the Carpathian mountains, representing the parallel ridges stretching South-East. Most of them are related to tectonic structures. Depressions between the ridges are narrow, flowing river. The valley is quite wide. Northeast region represents the edge of the East European platform, composed of Precambrian crystalline rocks, covered with horizontal strata of Paleozoic and Mesozoic rocks. Over time, the area was subjected to various tectonic movements, which was under water, it formed a small mountain. Southwest used to be a huge Alpine geosynclinal area in Quaternary time, it originated from the Alps and Carpathian mountains, the Balkans. In Mesozoic and Quaternary time, there have been accumulated a thick sedimentary strata that are intensely crushed in folded structures during mountain building. In Ivano-Frankivsk region, researchers have identified a number of tectonic structures.

the region was postponed sediments ranging from Silurian time to modern. Widespread use of Quaternary sediments and represent an almost complete section of all layers of the systems. This is mainly flysch of the Paleogene sediments in the Carpathians and in Transnistria this Miocene horizontal layers of sandy-argillaceous rocks, limestone, etc. In the Carpathian region is mainly clastic sandy-gravel sediments with conglomerates. The plains are covered mainly by Quaternary continental alluvial and deluvial sediments, loess-like loam and loess.

In the region are widespread landslide phenomena. Because such processes are dangerous for operation of buildings and constructions – it is necessary to study the causes of these phenomena, it is necessary to provide special measures for protection from these phenomena, to carry out work - engineering Geology Ivano-Frankivsk. On the territory of Verkhovyna district developed sagging and changes in the soil, which damaged the pipelines.

Often, landslides occur along the banks of the Prut river, especially in mountainous areas. Here is overlain by Mesozoic sediments (quartzite, slate), lie on top of flysch sediments (sandy-clay, limestone-marl thickness) and clastic strata (gravel). Podolsk upland is intensively dissected by a network of valleys and ravines. In rivers in areas of distribution of argillaceous sediment developed landslide processes. Also of great importance for the formation of landslide processes is played by upper Cretaceous strata of chalk and marl impermeable layer over a large area. The development of landslides is not conducive to deep groundwater (up to eight meters), the waters of the undermining of slopes, intense precipitation. With upper Cretaceous and Neogene carbonate sediments of karst related phenomena.

OOO "GUILD ENGINEERING" will perform on your site, you need a complex  engineering geological survey Ivano-Frankivsk.