In this article we are going to examine the geotechnical conditions of Zhytomyr region, and how they can affect the erected buildings and structures. Zhytomyr region is located in the North of the Ukrainian crystalline shield, which are the most ancient igneous and metamorphic rocks of Archean, Proterozoic, granite-gneiss, labradorite, amphibolites, etc. In the region, they sometimes come to the surface in river valleys. In this regard, there are many quarries of stone. Mesozoic and Paleozoic rocks of restricted distribution in the depressions, but the ubiquitous low-sediments of Quaternary time. Sands, clay, sandy loam and loam cover of the Polesie lowland, which is Zhytomyr region. 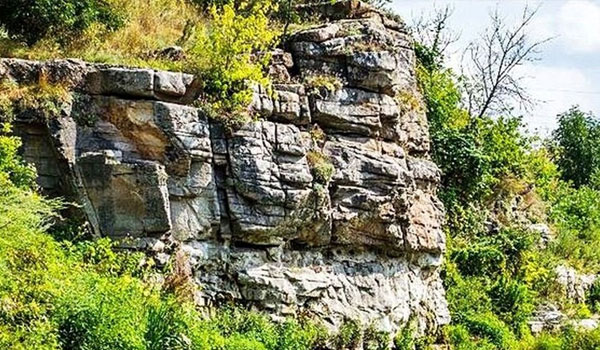 the Landscape of the region is the most diverse. For the most part the region lies within the Volyn-Podolsk unit, composed of crystalline Precambrian rocks. During a long historical time, ancient rocks are exposed to weathering over them and formed a thick crust of weathering up to 50 m. the Predominant mineral is kaolin (clay mineral white).

Zhytomyr Polissya is distinguished by improved absolute marks, deeply embedded in crystalline rocks in narrow river valleys, a considerable distribution of loess rocks. Due to the fact that the area is raised – there are less swamped. In General, the relief represents the outputs of the ancient crystallized rock Islands kaolin, sand and chalk flints, clays and Sands, sandstones of Paleogene and Neogene. Quaternary deposits are widely distributed, but their thickness is small – up to ten meters. River valleys are canyon-like shape. Steep, rocky shores to a height of thirty meters, cut through ancient crystalline rocks of the Ukrainian shield. The river flow is fast, in some places many shoals and rapids.

In Polesie, the terrain is flat, only in some places bulging ridges of ancient crystalline rocks or sand dunes, the dunes. But nevertheless, geotechnical studies Zhitomir must be implemented prior to construction in order to avoid unpleasant surprises. The slope of the terrain in a North-westerly direction. The plain is covered with fluvioglacial sediments (sand-clay material), covering ancient igneous and metamorphosed rocks of the shield. Landforms formed by glaciers. Along the banks of rivers sometimes comes loose sand of glacial origin. The soils are rather monotonous, represented by sandy-clay material, left after the melting of the glaciers and alluvium of rivers, streams.  In Polesie in Olevsk district is an amazing place (public reserve), where ancient glaciers left a pile of huge boulders, reminiscent of fossilized hut people.

Of engineering-geological processes in the Zhytomyr region are widely developed landslides. In the framework of the governmental program in the area of conducted research, designed engineering measures for protection from landslides.

Ukrainian shield is a stable tectonic structures, which are movable between zones of deep faults. In the South of the site lie on the surface of the loess. Slightly rolling plain divided by ravines and gullies. The slope of the terrain towards the river valleys. Some localities in Zhytomyr oblast is on the side of the river, gullies, and gully on loess soils. At the bottom of the incision a strong pre-Cambrian rocks of the crystalline shield. Loess rocks are a good measure. Due to the intensive anthropogenic activity of man, they began to obwodnica – started flooding processes. Also, when moisturizing properties of loess soils are severely affected – have started to develop landslide processes. Greater danger is posed by landslides on the left Bank of the Kamenka and Teterev (Zhytomyr), where the angle of the slopes comes to thirty degrees, the height of the slope up to thirty meters.

the Company LLC ", GeoTop" will perform on your site geotechnical studies Zhitomir.