Engineering-geological conditions of the Kirovograd area

Kirovohrad oblast is located in the Dnieper lowland. The surface of the lowland is reduced to the West and southwest. Absolute elevation range from 90 to 120m. In the Dnieper lowland runs the Dnieper with a steep right Bank. On the left Bank there are several terraces. On the East rise the mountains Kanevsky. For elevations characterized by deep river valleys, gullies, erosion and accumulative terraces.. 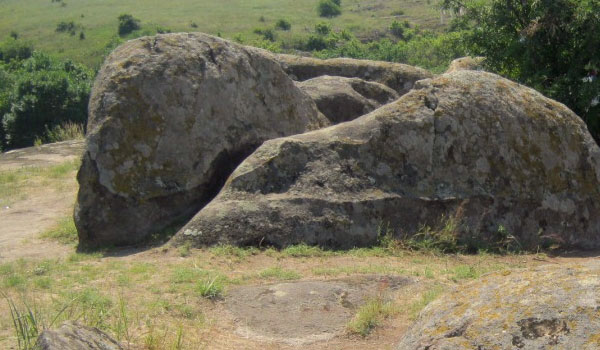 Dnieper upland is composed of conditionally dedicated to Ukrainian upland. Smooth surface watersheds are tilted to the South. They often dissected by deep rivers and gorges.

the Main tectonic structure is the Ukrainian shield covered by sediments of Quaternary age. Under them there are igneous and metamorphic rocks of Archean age. The rocks are strongly dislocated, dissected by numerous faults, the first plan numerous intrusions of different ages. The main direction of folding in a North-westerly direction, single pleats are oriented in the North-East and the East-West direction.

Rocks Devonian time blocked by broken layers of limestone, shale with coal interbeds (Carboniferous period). Widespread rocks of Cretaceous age: Sandstone, sand, marl, limestone. Precipitation of tertiary time widespread almost everywhere. In the East and North-East, the Paleogene is represented by Sands of Kharkov and Kiev Suite. On the South and West – limestone and clay-sand sediments of the Sarmatian stage. Quaternary glacial deposits are widespread everywhere. Already from this it can skakzat that engineering-geological conditions of Kirovograd region is quite complicated.

On the territory of widespread moraine deposits with a capacity of up to ten metres, are reddish-brown loam with lenses of sandy-clay material with small boulders. The boulders are composed of granite, gneiss and Sandstone. South of the moraine bands Dating of redeposited melt-water of glaciers moraine material. They fill depressions caused by movement of glaciers and as a result of tectonic processes. Occasional strata of loess sediments of several meters.

Kirovograd is situated in the Dnieper upland. Surrounding the city the terrain is sometimes flat, sometimes hilly, dissected by a network of ravines, canyons and gorges. Through the city flows a winding river Ingul (two-way floodplain) with its tributaries and streams. before the construction of a new building or buildings necessary to carry out works - geological engineering Kirovograd.

Within the Ukrainian hills in tertiary and Quaternary time, there was intense vibrational motion, is associated with intense erosion processes. Traces of such activity can be observed in the ravines, gullies, river valleys (in the form of the canyon). As a result of the oscillatory movements at different times formed various terraces of rivers, their quantity comes up to 4-6. By the power of the terraces is possible to judge the intensity of tectonic movements in different time periods. Also on Ukrainian hill you can see the marks of glacial river valleys of time and traces the flow of meltwater of the glacier. The flow of meltwater left behind valleys, elongated in the meridional direction. These valleys cut through fluvioglacial deposits.

On the territory of the Dnieper fee relief resulting from erosive activity, is slightly different. On the crystalline rocks underlain by loess. Therefore, the ravines and gullies, quickly reaching a solid, crystalline rocks of the Ukrainian shield, begin to expand on the sides turn into the beam. On the contrary, the river cut deep into the crystalline rocks form canyon-like valleys with many rapids. On the hill developed the so-called "saucers" - shallow depressions (with a depth of a few meters) in loess sediments with a diameter from several tens to four hundred meters. Often they are formed in places where the sand is covered with loess sediments.

On the territory there are areas where karst processes occur, forming funnels, saucers, even a lake, caves. Such processes are associated with the limestone outcrops on the ground surface, or with the cracks in the arched limestone ridges. Development of erosive processes and formation of shallow ravines and gullies contributes to the high occurrence of rocks of the crystalline basement. When elevation changes are large and  large capacity of sedimentary rocks – formed deep ravines and gullies. On the right Bank of the Dnieper river ravines cut to forty-one hundred meters due to the intensive erosion in the depth and on the sides.

the Territory of the Dnieper upland is at its strongest, compared with other territories, were subjected to various processes of erosion. The glaciers and melt water from glaciers over a larger area left distinctive landforms and sediments. In places the moraines come to the surface, sometimes they are dug out of the loess and loess-like loams. Fat melting glaciers is mainly represented by sand, they form a slightly hilly terrain. Also small hills formed by the moraines.

as a result of the processes of denudation of crystalline rocks sometimes protrude in the form of hills, ridges among the morainic topography. Landslides occur on the slopes of hills and river valleys, especially on the higher right Bank of the Dnieper. They occur because of shallow confining beds of clay and marl. In places of distribution of loess and loess rocks with poor water circulation occur sagging phenomenon in the form of an oval saucer shape with a diameter of up to two hundred meters. This is due to subsidence properties of such soils.

the Existence of karst minor and are associated with limestone and reefs sredneaziatskogo time and appear in places in ponor, cracks, zones of leaching. Workings were podsuetilis karst cavities in the Dolomites, in various karbonizirovannogo rocks at depths of several hundred meters.