Engineering-geological conditions of the Lviv region

Engineering-geological conditions of the Lviv region is quite interesting. On the territory of Lviv region intersect the East-European and West-European platform and the Carpathian mountains are located. In the crystalline basement is overlain by sedimentary rocks of the Cretaceous age of the Lviv basin and the Lvov trough of Paleozoic age. From the bottom up are: carbonate terrigenous deposits of Mesozoic age; the Neogene is represented by clays, Sands and limestone; Quaternary sediments - water-glacial and glacial clayey-sandy rocks. 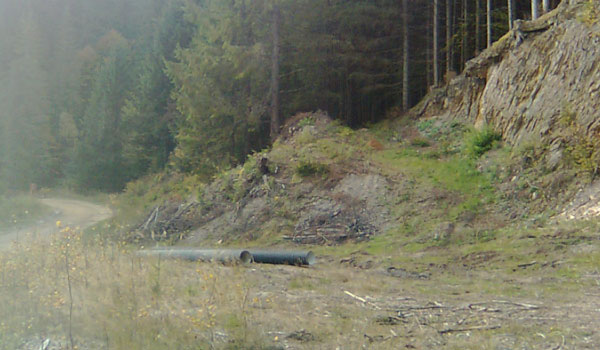 Mountain system of the Carpathians is a thrust over one another anticlinal folds formed by flysch rocks of the Cretaceous and Paleogene systems. Also included in the system Krosno zone, formed by Oligocene sandstones. For Mesozoic and Paleozoic platforms and flysch rocks are powerful malaavia layers of pre-Carpathian flexure.

a Large part of the Lviv region occupy a hill, just South is the Carpathian  the foothills, in the South – the mountain system of the Carpathians. Confinement areas for three large geotectonic structures has led to a complex geological structure. The Carpathian mountains are elongated parallel ridges with a height of  1000 – 1500m. Most of the rainfall consists of Mesozoic and Cenozoic rocks. The Mesozoic is represented raznoobraznymi metamorphic sediments, limestones and flysch. The Paleogene is represented by clay-sandy flysch. In General, the capacity of flysch deposits up to five kilometers. Deposits of chetvertaki and Neogene age occur in intermontane depressions and presents volcanic, clay-sandy rocks with interlayers of coarse-grained rocks (molasses). Flysch, Cretaceous and Paleogene strata badly broken with cracks and faults, deployed.

the External part of the Eastern Carpathians is the most hazardous seismic regions in Europe, the epicenter is located in the zone of Vrancea. The most destructive earthquake in 40-ies and 70-ies, which was felt throughout the East European platform.

In composing the mountain ranges strata of rock salt can develop salt karsts. When the layers of salt weakly fractured, minor groundwater circulation and karst is poorly developed. In the surface zone and along the edges of salt domes, the water circulation is amplified and karst is developed intensively. The outputs of the karst on the surface form the so-called karst landscape.

Favorable conditions for occurrence of dangerous engineering-geological processes are flysch sediments with a predominance of sandy and clayey rocks. Mixed zone with the presence of hydrology and montmorillonite are weakened areas along which can occur landslides, landslides, mudslides. The contacts of Sandstone, mudstone and clay layers in flysch rocks can serve as a mirror slides for landslide processes. In places of distribution of flysch rocks in the Carpathians has documented more than 4 thousand landslides. Especially developed talus, landslides, etc. in pryadilova zones, in zones of breaks. For the Carpathian mountains up to 2000m typical rapid weathering of the flysch sediments with the formation of deep erosional incisions.

Referring to hydrogeological conditions, it should be noted that water-bearing layers are sandstones and mudstones. As a result of hydration of argillaceous rocks occur hazardous engineering-geological processes, especially in lowland and highland areas. A major role in the revitalization of such phenomena in the Carpathians play fallout. For example, if a few days will fall precipitation up to 100 mm/day – this contributes to the activation of landslides and mudflows.

OOO "Guild Engineering" will perform engineering-geological surveys on Your site efficiently and on time.