Engineering-geological conditions of the Nikolaev area

In this article we will discuss the engineering-geological conditions of the Nikolaev area. Most of the Nikolaev black sea region is lowland, which is a plain with a slope to the South. Within the boundaries of the relief is a plain, rugged hills, ravines, gullies, river valleys. The Northern part of the territory partly occupied Podolia and the Dnieper upland. There were once high mountains stretching over a thousand kilometers. Now there are composed of strong igneous and metamorphosed rocks of the Ukrainian shield. They were formed in Archean time and were destroyed by the processes of weathering for more than 3 billion years. The ancient spurs of solid rock in some places are rocks, rapids, forming a beautiful, wild areas of nature. 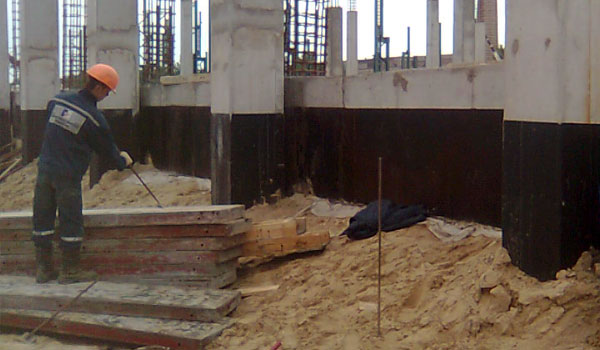 With the release of ancient igneous and metamorphic rocks related field  granites, quartzites, gneisses. As a result of weathering formed the white clay – kaolin, sand, debris of solid rocks. In the future water flows and the wind carried away the destroyed particles in low places – formed sedimentary rocks. For example, about 40 km from Nikolaev career has limestone and clay, which are used as raw materials for cement plants.

On the ancient basement rocks are mostly Neogene and Quaternary loess-like rock, sometimes clay, Sands and silts. Also the flow of the bug river there are alluvial clays, marls, Tripoli. Over the ancient rocks are sometimes formed of the weathering crust with capacity of up to 5-6 m presents the primary kaolins and sedimentary rocks. Often indigenous igneous and metamorphic rocks highly weathered, fractured. In the beginning these rocks were formed as a result of solidification of magma, then the magma has undergone the process of metamorphism.

Over time, the surface of the shield has changed. The tributaries of the Yu bug on the rocks of the crystalline basement cut through the valleys of the rivers, has created beautiful natural landscapes in the form of deep canyons with small waterfalls and Islands. Above them rise the steep granite cliffs.

Choose the natural conditions of the region created favorable conditions for the spread: landslides, flooding, karst. So important is constant monitoring of such adverse engineering-geological processes and the timely provision of engineering protection from them. Widely developed in the territory of Ukraine karst (37%), which is associated with soluble rocks and the activity of groundwater and leads to the formation of voids and dips in the ground. Prone to process caves intercalating layers of quartz-carbonate rocks of Archean age, Dolomites, dolomitic limestones, limestones, carbonated quartzites. When drilling deep boreholes and in deep open pit mines, found emptiness, the hollow in the rocks at a depth of up to several hundred meters. Karst is mainly developed at the contact of different breeds.

In areas of distribution of karst often in karst pits, voids take off the garbage, sewage waste is drained, washed mineral fertilizers. This leads to the contamination of soil, rivers, and to the widening gaps and other deformations of the earth's surface. Bringing the collapse of buildings and structures.

Also on the Black sea coast favorable conditions for the development of landslides, which in turn generate other hazardous engineering-geological processes.

As you can see, the geotechnical conditions of the Nikolaev area is quite complex. Do not start the construction of buildings and structures without carrying out geological surveys, as in the future it can lead to graver problems -- cracks in the walls, floor break, and in some cases, to complete destruction of the house or building. Therefore, it is necessary to conduct site Geology - geotechnical studies of the land. And this will help the specialists of the company LLC "Guild Engineering”.