Engineering-geological conditions of the Kharkiv region

Engineering-geological conditions of the Kharkov area is quite interesting. The area is located in geological structures such as the Dnieper-Donets basin in the North-East of the Voronezh crystalline massif, in the South-East – Donetsk folded area. In geological structure involves Paleozoic, Mesozoic and Cenozoic sediments. The most ancient sediments are exposed on the surface in the South-Eastern part of the region. In the loam of glacial origin found volcanic ash, presumably brought by the wind from the Caucasus. 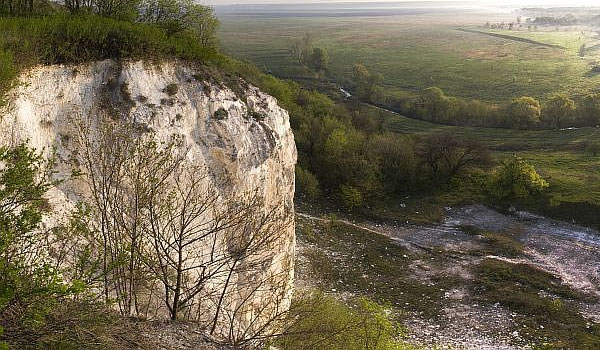 finding the area in three geological structures is reflected in the terrain, and the formed precipitation. The relief is an undulating plain with a slope to the South. The region has a major river – the Seversky Donetsk.

Deposits of Triassic, Jurassic outcrop in the South-East region. Rocks of Cretaceous age outcrop in the valleys of the Seversky Donets, Oskol, Great Burlaki etc Paleogene, Neogene and Quaternary deposits are developed everywhere  in river valleys, gullies, ravines. Loess-like loam with thickness of 20 m cover almost the entire area. Alluvial deposits from a few meters up to twenty meters covered with ancient river terraces. In the southwest, near the town of Raisins is a lot of dome-shaped structures, breaking through horizontally bedded sedimentary layers. They are associated with oil and gas deposits.

the Highest point (236 m) location located in the North-Eastern part of the region. In the valleys of the Oskol and Seversky Donets mark drop to 60-70 m From the ice ages remained the dominant fluvioglacial forms of the terrain surface. River terraces are very broad, such as the width of the river valley of Seversky Donets, together with the terraces almost 70 km Number of terraces to fifteen. They are covered with alluvial sediments. This means that during the geological history of the terrain is much changed.

Widely developed in the region a network of beams, confined to the river valleys. Earliest beams, as in rivers, floodplains, terraces. To the valleys and ravines confined developed network of ravines, they are particularly common in places out on the surface of loess-like loams. These rocks are well washed off with water. Especially intensively developed gullies in recent years in connection with intensive development of industry. Also cause the development of gullies in the region is tectonics. Watershed of over time were subjected to erosion processes, planar flushing. This resulted in hollows and ravines. Also with loess-like loams associated with such landforms as steppe saucers, depth of two meters and a diameter of up to 100 meters. Such depressions fill with water and will not dry for a long time, because of this, there is waterlogging of the soil.

the Main adverse engineering-geological processes on the territory of Kharkiv region are: landslides, gullies, soil erosion. Therefore, before construction of a new building or buildings will not be superfluous geological engineering Kharkov. Human activity leads to the leveling of the terrain, the formation of anthropogenic forms of relief. The flow of the Seversky Donets river you can see large-scale development of landslide processes. For example, on the right Bank of the river in the district, Zmiyiv, there are large and small landslides. The slide of rocks occurs in the Paleogene clay. In other places, Zmiev district developed a stepped landslides on the elevated banks of the Seversky Donets (for example, a mountain Monastery). Slumping of sediments also occurs in the Paleogene clays (Zmiyiv horizon, baracska Suite).

Karst phenomena (in the form of hollows, funnels, saucers) are confined to carbonate rocks of the Jura. They are common in Izium area. Karst wells are formed in an abandoned quarry for the extraction of limestone. Voids, cavities are filled with clay, Sandstone, subincanum material. On the balance of fauna can be judged on the origin of Paleogene karstic phenomena.

the Company LLC "Guild Engineering" will perform engineering and geological surveys Kharkov, the cost of which can be found by calling our specialist by phone specified on our site.