Engineering-geological conditions of the Kherson area

Engineering-geological surveys play a very important role in the construction of a new building or structure. Properly conducted geological survey of the land plot allocated for the construction site, help to avoid emergency situations during operation of a building or structure, which occur because of subsidence or flooding the Foundation. Kherson region is no exception. Here also it is necessary to conduct the Geology of the area, this is confirmed by the geotechnical conditions of the Kherson area. 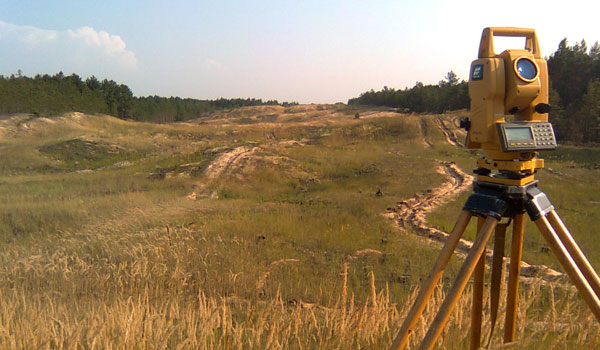 Kherson oblast is located in the black sea basin related to the most low-lying places on the territory of Ukraine. Trough stretches along the Black and Azov seas. In the North and North-West it borders with the hills. Next to the absolute level elevations reach 200 m and the sea level fall of up to 20m. The surface on the North and North-West undulating with deep river valleys and gorges, developed system of ravines. Closer to the sea surface more lines, drop-offs. River valleys and a network of beams closer to the sea forming lagoons. Between them and the sea in the form of small shafts overlie sandy rocks with limestone.

Under the action of waves of the shore are constantly being destroyed. The banks developed numerous engineering geological phenomena such as landslides.

black sea basin filled with Mesozoic and Cenozoic rocks with thickness up to 7000 m, is overlain by lower Paleozoic platform sediments. Below the igneous and metamorphic Precambrian basement rocks. To the black sea basin in the North adjoins the Ukrainian crystalline shield in the West Pidkarpatska edge deflection. A number of synclinal and anticlinal folds have divided the basin into several parts.

the deposits of the Cretaceous age are exposed only on the edges of the region, particularly in the West. In the foredeep, they occur at great depth, are topped by a thick layer of Cenozoic. At the bottom of section  clayey-sandy sediments, the top is limestone and marl. On the coast of the U. the rivers bug and Dniester rivers rocks of the Cretaceous age represented by glauconitic sand and marl. In the East of the region is argillaceous Sandstone.

Paleogene sediments are represented by sandy rocks with glauconite, the marls. Scientists speculate that their formation is associated with local uplifting ancient sediments.

Major landforms in the Kherson region was formed as a result of the impact of various natural processes in Cenozoic time. In the North region stands out sharply against the General background of the topography of the hills subjected to in-plane flushing. In the North-East is the development of ravines, gullies and drainage type. Lower river valley is composed of alluvial, deltaic deposits of sand, sandy loam, loess-like loam. These sediments lie on blurry of the Neogene sediments composed of limestone, marl, clayey-sandy sediments.

On the coast of the Azov and Black seas with the most dangerous engineering and geological phenomenon are landslides. They are formed on slopes (where there are clay rocks, loam). The cause may be tectonic shifts. Can also be man-made causes. The natural causes include: steep angle slopes, undermining of banks of slopes of water, tectonic shifts. To human causes include: deforestation, earthworks, farming activities, etc. the Area occupied by landslides, the recent increase several times.

Also on the coasts of both seas developed the process of abrasion is the process of breaking surf coasts, slopes. Because of this process disappear hectares of coasts. The rate of destruction of the coasts reaches 4 m/year. The reasons for the disappearance of banks are tectonic dip of the North Azov and technogenic factors: water pollution, development banks, the violation of construction norms, sand mining on the coast, etc.