Dnieper-Donetsk aulacogen is the largest tectonic structure in the North-Eastern part of the country. Divided into three parts: the edge of the Ukrainian crystalline shield, the outskirts of the Voronezh crystalline shield and the Central Graben. At the border between them is the number of discharges and flexor. Next, we consider all engineering and geological conditions of Donetsk region, its geological features. 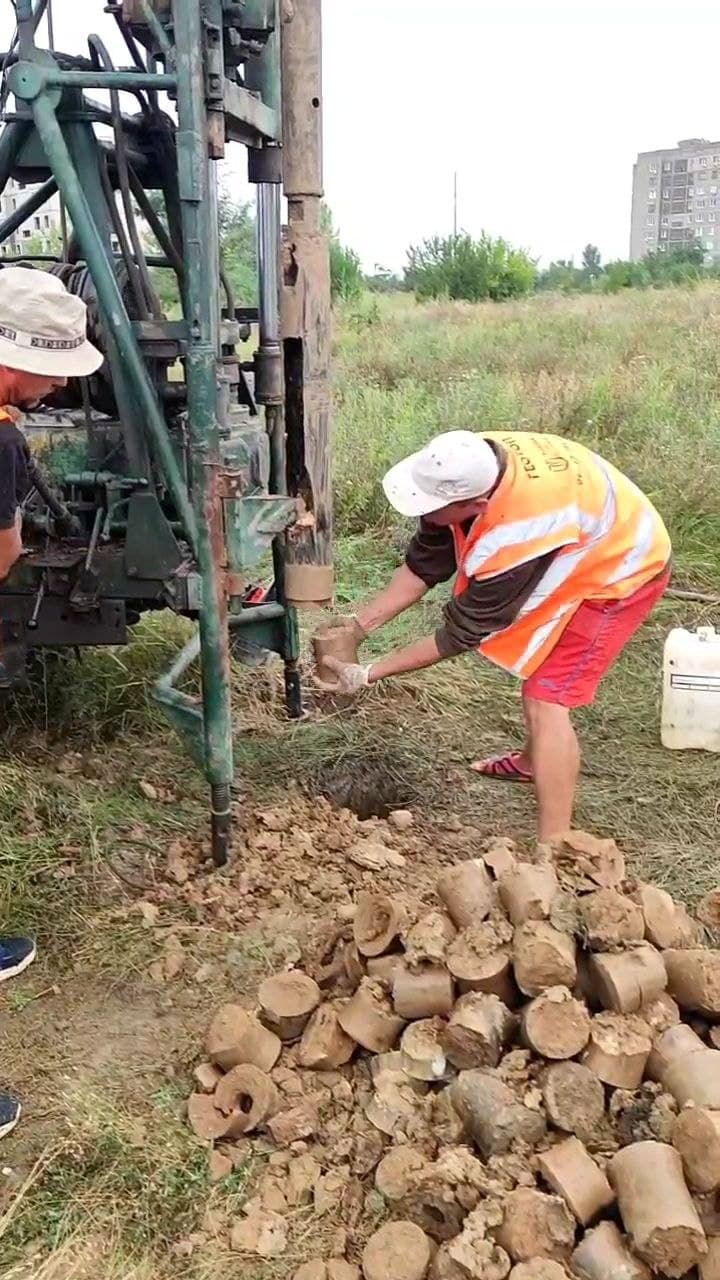 Dnieper-Donetsk basin is characterized by deep Precambrian  igneous and metamorphic rocks. They power up to 20 km overlain by sedimentary rocks from Carboniferous to Quaternary age. The greatest power (fifteen to seventeen kilometers) are terrigenous sediments of the Carboniferous period. Rocks of Triassic age are represented by variegated clays of continental, zapesochnyi. Lower and middle Jurassic is composed mostly of clays, Sands of marine origin. Higher in the section in the middle part of the Jurassic are continental Sands, clays, carbonaceous education. At the top of the middle Jurassic appear sea gravel stone, limestone. Upper Jurassic and lower Cretaceous continental sand and clay Sandstone on the cement. Upper Cretaceous deposits are composed of glauconitic sand and Sandstone of marine origin, are replaced by the top strata of chalk and marl (Cenomanian, maastrich). Paleogene and Neogene deposits are composed of sandy material, sandy silt reddish-brown color. The Quaternary sediments vary and depend on the landforms. The loess and loess-like loams are confined to watersheds and river terraces. Also among these precipitation at the boundary layers are found buried in the soil. The terraces and tributaries of the Seversky Donets river compose the alluvial deposits. Also there are deluvial, eluvial sediments, talus rocks. The thickness of Quaternary deposits varies from one meter to fifty meters and more.

Within the field developed the following hazardous engineering-geological phenomena of various intensity: ravines, gullies, Padmini channel and the sea, landslides, karst phenomena. The development of such processes depends on the composition and properties of soil, tectonic features of the area, topography, steepness of slopes, hydro-geological conditions. Exacerbates the processes of intensive human activities.

In the Central Donbass is the number of structural elements: basins, domes, valleys, the Main Anticline, Priazovsky crystalline shield. Widespread coal deposits – mudstones, sandstones, limestones, coal. On the West and South-East across the clay-sandy deposits, silica clay, marl, brown coal is Paleogene and Neogene. Chetvertushka presents durable deluvial loams. The terrain formed by hills, valleys, rivers and numerous gullies and ravines. Rivers are confined to tectonic faults. The main rivers number of terraces to four or five. In smaller rivers, one or two terraces. Riverbed intensively exposed to erosion. Aquifers lie close to the surface within one to ten metres. Coal mining is associated rise of groundwater and the flooding of the surface, which leads to a more intense development of landslides. It is therefore very important before the construction of buildings and structures to carry out engineering-geological surveys Donetsk. The development of this process contributes to the intensive development along the slopes of hills, rivers.

In Artemivsk district common Permian, Mesozoic, Paleogene and Neogene sediments that are prone to swelling. Overlying Quaternary sediments (Aeolian, deluvial) have sagging properties (the first type) under pressure. Lying on the surface or close to the surface of the Permian and Neogene clay rocks can easily cause landslides.

the Company "Guild Engineering" will perform geological surveys for the construction of Donen and in the Donetsk region efficiently and on time.