Any construction begins with the Geology of the site. The company “the Guild Engineering” carries out geological investigation in Lugansk. In this article we will discuss the engineering-geological conditions of the Luhansk region, geotechnical processes which may affect the deformation of the Foundation. In place of the Donetsk coal basin was formerly a sea, then the sea remained bays and estuaries. This sea was formed in place of the regional fault Devonian age that separates the Ukrainian shield and Voronezh crystalline shield. On the metamorphosed and igneous rocks of the Precambrian basement overlain by Devonian, karbovskii, Permian, Triassic, Jurassic, Cretaceous, tertiary and Quaternary sediments. Carboniferous deposits are represented by limestones at the bottom power of about 500 m, then go intercalating strata of Sandstone, siltstone, mudstone. 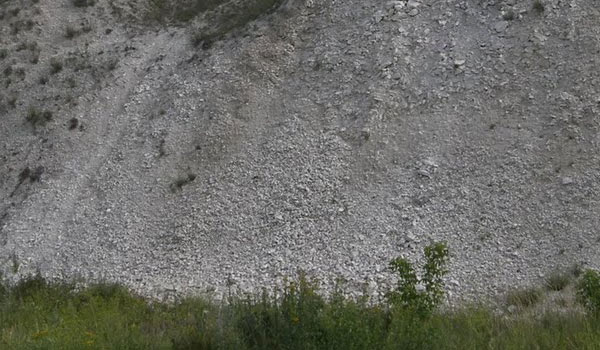 In the tectonics of the Donbas involve large folds, stretches from North-West to South-East. The folds are complicated by numerous faults, mostly thrusts, sometimes with discharges of small amplitude. The amplitude tectonic faults varies from a fraction of a meter to 1 km, Such irregularities complicate mining operations. The main water-bearing rocks in mine workings are strata of limestone and Sandstone. In some places large aquifers are in Cretaceous sediments and tertiary Sands. In mines the enclosing rocks are characterized by medium resistance. Physico-mechanical characteristics of different breeds can fluctuate wildly.

In the area of Lisichansk, Opasnogo, Slavyanoserbsk relief presents a bit hilly plain, rugged gully network. Absolute levels range from 80 to 190 m. the Sediments of the Carboniferous age is represented intercalating clastic sandstones, and sandy shales, limestones and coals. In the North-West area of mottled clays and fine-grained sandstones of the Triassic are deposited disagree on the Carboniferous deposits. Their power is from twenty to one hundred thirty meters. Almost everywhere, the above are the deposits of the upper Cretaceous: chalk, gray-green clay, marl zapesochny. Sediment load from tens to hundreds of meters. In the Northern part of the district capacity Paleogene medium-grained Sands and clays up to 20 m. the Quaternary system is represented by PRS, sandy loam, clay, alluvial sediments (river valleys). Their power to twelve feet.

the area does not apply to earthquake-prone. But when in earthquake-prone regions of strong earthquakes occur – they are also felt in the Luhansk region. Given that many towns in the mines is the extraction of coal as any fluctuation can cause sagging of mountain masses. The result will be the destroyed buildings and constructions. Yet scientists have determined that tectonic changes continue in our time and each year the level of the surface rises to three millimeters. Therefore, before the construction of the new building needs work - the Geology of the site Lugansk.

Engineering-geological processes and take into account in the extraction of coal in mines. Found that the occurrence of geotechnical phenomena related to different lithological composition, different properties of different rocks, stresses in rock masses. In the roof rocks occur shifts of species, the collapse due to the weak adhesion of the various layers in between. In clay rocks may occur plastic deformation. If clay rocks with admixtures of other species, then plastic deformation occurs when additional pressure on the rock mass. Slide one of the layers relative to the other typically occurs at the corners of the bedding layers are more than twenty to thirty degrees. Usually begin to glide the weakest rock type mudstone.

In recent times due to intensive conservation of a larger number of mines.  there are many dangerous ecological and engineering-geological processes affecting nearby communities. For example, when predicted incorrectly was the exit to the surface of groundwater after flooding the mines suffered greatly Krasnodon.  Rising groundwater level, rocks become saturated. When closure stops, the pumping of mine waters – flooded mine workings, surface soils, the swamp formed. Otaplivayutsya buildings and facilities.

the Company "Guild Engineering" will perform on your site geotechnical investigations Lugansk and Lugansk region.