Engineering-geological conditions of the Rivne region

In the North of Rivne region is the Polesie lowland, in the South – Volyn upland. In the far South of the Podolsk height is captured. Engineering-geological conditions of the Rivne region difficult. 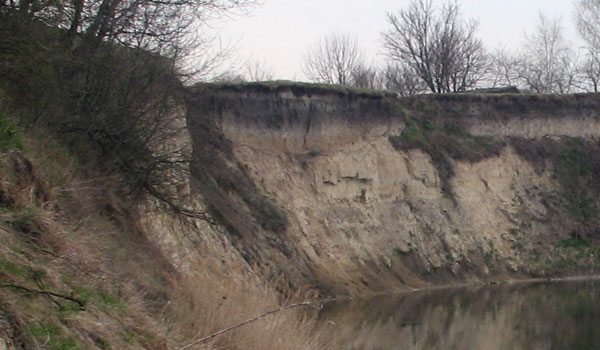 the Most ancient formations are Proterozoic crystalline schists, gneisses, granites, ultramafic rocks, marbles, quartzites. In the North they lie close to the surface are of fine - and coarse-grained structure. Northwest developed the breed of Poliska series, represented by terrigenous Sands, sandstones, mudstone and siltstone. At the base of the section these rocks form the flysch series. These layers break through Intrusive dykes of basic composition. In the East and in the North region occur sandstones with fragments of pebbles, boulders, effusive rocks, gravel stone, conglomerates, siltstone and mudstone. The capacity of the various suites reach up to fifty meters.

Precipitation in Quaternary time ubiquitous, only to be blurred by steep slopes, rivers, gullies. In such places are exposed more ancient sediments. The sediments within a few meters, in Volyn and Podolsk hills reaches up to tens of meters. Genetic types of sediments varied: glacial, fluvioglacial, alluvial, lacustrine, organic, deluvial. At the bottom of the incision is mainly chocoloate coarse-grained Sands, sand-gravel mix. Total capacity of lower unit up to five meters. In Koretsky, Kostopil, Vladimirskiy areas, this unit is represented by loams, clays zapesochnyi capacity of from 0.5 to 20 m.

the Department of middle Quaternary complex alluvium, sediments left by glaciers, and sediments accumulated in lakes. Widely distributed in the North and North-West area of the island and have spread to other parts.  the Sediments are composed mainly of sandy clay with many inclusions of rubble, boulders, gravel and pebbles of various composition. To a lesser degree there are clay with sandy interbeds. On the day surface in some places out of the strip, the ridge of boulders. Alluvial deposits (third terrace above the floodplain) occur near the river Horse in Volhynia plateau. Presented finely - and medium-grained Sands with interlayers of loam with thickness of 0.5-5 m In the Northern part of the outskirts of the city Rivne Dating sediments deposited in lakes – laminated grey clay loam (locally calcareous), sometimes clay, fine-grained Sands. Capacity from 4 to 13 m.

In the middle part of the field (Polesskaya lowland) are widespread outwash deposits with a capacity of up to 17 m. They are blurred only within river valleys. Are composed of sandy material, sometimes loam. In the South and South-West of the region in Small Polesie widespread glaciolacustrine and alluvial sediments, represented by sand with local layers of sand and gravel, pebbly material, loam with a capacity of from two to twenty meters. Based on the foregoing, it follows that engineering-geological researches before construction play a very important role as they give an idea of the type of soil on which you plan laying the Foundation.

age of upper Quaternary Sediments (alluvial, Aeolian, deluvial, lake) are composed of loess, loess-like loam. Widely distributed in Volhynia plateau in the watersheds, slopes of hills and in the ancient river terraces. Their power is from one meter to ten meters.

the Existence of karst processes are found to the East of Rivne (Kostopil denudation plain) in the form of shallow sinkholes up to two meters in chalk along the banks of the river Sluch. Within the city Exactly the formation of karst phenomena contributes to major depression arising in a vortex near the intake. Karst processes may occur in the area of the nuclear station, where widespread Cretaceous rocks. A single such phenomenon was already observed there. The sediments and landforms left by the glaciers, has created favorable conditions for the formation of bogs. Moraine mainly consists of clayey material, clay. Therefore, in areas of glaciers a large number of wetlands.

Specialists "Guild Engineering” provide geological services in Rivne and throughout the Rivne region. Geological surveys will be performed efficiently and at affordable prices.