Prior to any construction it is necessary to carry out engineering-geological surveys. Each region of Ukraine has its engineering-geological features. On the territory of Ternopil region is Podillia upland, on the South-Western edge of the Small Polesye. The relief represents a tabular upland individual variation of absolute marks from 115 m to 450 m and General slope to the South. In the North-West of the region the topography consists of low hills with elevations of 200-250 m. In the Central part of plains and hills. Also in the Central part of the Tovtry are the famous mountainous in the form of a ridge made of limestone (width about 10 km and a height of four hundred meters). To the North rise the Kremenets mountains, vozvishayushiysya to 400 m In the South-West is Opole. 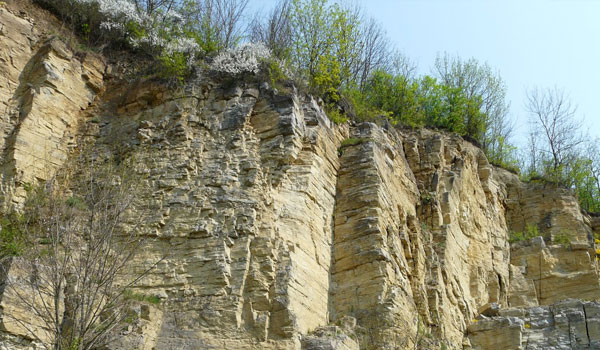 Ternopil oblast is on the edge of the East European platform. In Transnistria the river to a considerable depth cut into the terrain and have canyon-like shape. Also here developed by ravines and gullies. In the South-Eastern part of the region there are manifestations of karst.

Precambrian basement rocks lie at a depth of 1.5 – 3 km, from the top they are covered by sediment. Along the banks of the Dniester are exposed Silurian Dolomites, marls, limestones, mudstones, siltstones. Also here and in the tributaries of the Dniester in Silurian sediments overlain by Devonian dolomite, limestone, Sandstone, clay, mudstone. Jurassic clay, mudstone, Sandstone, dolomite, limestone, and conglomerates exposed in the South-West. Sandstone, marl, carbonate deposits of the Cretaceous system are exposed along the banks of many rivers. But the most widespread Cenozoic rocks. Low rainfall by Paleogene systems are composed of sandy rocks, Sandstone, marl. Widespread nizhneportovaya sandy-argillaceous rocks, Sandstone, limestone, gypsum, marl, brown coal. A large part of the Podolian upland loess-covered rocks.

In Small Polesie after the glacier has remained flat and undulating denudation forms of relief, sometimes the plains are connected to each other by stairs. Come across post-glacial hill, composed of sandy rocks. Also sometimes you can find karst caverns, sinkholes. Especially karst processes developed in the South and represented the lakes, caves, saucer-like depressions. In the same part of the distributed network of ravines. River valleys are deeply incised into the terrain like canyons.

Medobory and Kremenets mountains are an upland of the watershed area is covered with loess sediments. Kremenets mountains are composed of numerous steps, the remains of the destroyed mountains, hollows, canyon-like landforms. Presented Tovtry limestone cliffs with steep slopes on the South side. On-site flow more than 100 rivers belonging to the basin of the Dniester river.

the Soil is formed by weathering of the older rocks. Developed the loess, loess-like loam, clay and carbonate sediments, alluvial deposits. The landscape in the West differs from the East. In the West, the colorful landscape is cut through by numerous ravines, gullies and river valleys. On the slopes of the ravines one can observe rocks that have accumulated in the last twenty million years. Caught in layers of petrified trees, petrified flora and fauna.

In the Miocene-galore ancient rocks were subjected to weathering, wind and groundwater. Eventually, carbonate precipitation is transformed into loess, loess-like yellowish sandy loam, loam. The work streams led to the formation of the beam and gully network. In the Northern part the terrain is mostly flat, the soils are not durable – formed extensive floodplains with steep banks. In the South the soils are strong – so the floodplain has the shape of canyons. Gully, beamed and network are widely developed in the North and West of the site on slopes of rivers, hills. The karst is developed in places close to the surface suitable carbonate rocks, they are easily dissolved by filtering surface water. Formed on the surface of the funnel, saucers. And the depth can be formed of the cave.

the Company LLC ", GeoTop" will perform on your site all the necessary complex of engineering-geological surveys. The Geology of the site Ternopil will be performed by our specialists qualitatively and in the stipulated terms.