Engineering-geological conditions of the Volyn region

Engineering-geological conditions of the Volyn region is quite interesting. The Volyn oblast is located on the Western edge of the East European platform. The ancient basement complex of Precambrian crystalline rocks: granites, granite-gneisses, schists, syenites, etc. the Foundation is fractured by tectonic faults. The individual parts are raised and lowered individual – so there is a difference in heights of the surface. The geological structure of the territory is represented in the rocks of the Cambrian, Carboniferous, Devonian, Silurian, Ordovician, Cretaceous, Paleogene and Neogene. 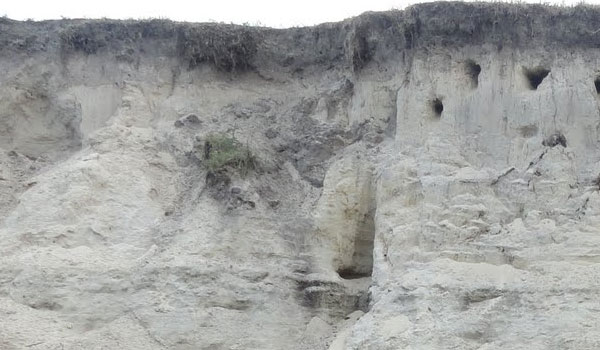 Surface crystalline rocks of the Volyn-Podolsk, the edge is blurred, the Foundation is overlain by a thick series of sedimentary rocks up to seven kilometers. The thickness of Quaternary sedimentary formations varies. In addition to them on the day surface only Cretaceous and Paleogene rocks, and upper Cretaceous sediments are exposed throughout much of the region. On top they are covered by thin Quaternary sediments. Sediments of the upper Cretaceous shaped the modern topography of the area. They are represented by Sands, silica clay, marl, limestone, chalk writing. The surface of the Cretaceous sediments is blurred, only in a few places, they are overlain by Paleogene transgressive fat power up to two to three meters. Most of the Paleogene sediments are blurred. They are represented by Sands, sandstones, clays, marls.

the system is represented by Quaternary glacial sediments, alluvial sediments (Sands, sandy loam), glacial and loess-like loam with a capacity of up to sixty meters. Tectonic structure of the territory is rather complicated. In early Cretaceous sediments observed paleokarst, gullies. The confining beds into the Quaternary sediments have unrestrained power. It helps in the process of formation of bogs. Also along the tectonic disturbances can rise to the surface of underground water, therefore, before the construction of new buildings or structures necessary to implement a number of measures - engineering-geological survey in the Volyn region.

On the territory of the region is woodland lowland. The diversity of the geological structure led to the emergence of various forms of relief. Sandy deposits transported by winds and formed landforms in the form of shafts, dunes, hills. In General, the Polesie lowland is a flat sandy plain with some loess Islands.

it flows a lot of rivers: the Dnieper, Pripyat, Desna, Grouse, etc. the Banks are low, rivers with wide valleys. Much of the coast is zabolonnoj. The territory is characterized by the presence of the Lviv-Volyn coal basin on the border of Volyn and Lviv regions. The relief of interfluves presents undulating hills, folded upper Cretaceous sediments. The lowland is also complicated by the fact that scattered throughout the mounds and hills composed of sediments left by the glaciers and melt water of the glaciers. In places the uplift of the Cretaceous sediments are represented by chalk, marl, Sandstone. On most of the territory directly on the Cretaceous rocks of Quaternary system are sediments and they are exposed in some places. With the exception of the Northern and North-Eastern parts, where Cretaceous sediments overlain by Palaeogene Sands and clays.

a Large part of Quaternary deposits represented by Sands, even the sediments left by glaciers are predominantly sandy composition.

the Company LLC "Guild Engineering” carries out engineering-geological surveys in the and throughout Lutsk Volyn region.