Engineering-geological conditions of the Transcarpathian region

In this article we will examine in detail the geotechnical conditions of the Transcarpathian region. The terrain in this area is the most diverse, this is due to tectonics and geological structure of the area. The main area is a plain on the South-West foothills, Northern and Eastern high mountains. Area connected with two tectonic structures – the Carpathians and Transcarpathian depression. The Carpathian mountains were formed during the Alpine folding some twenty-five million years ago. The formation of mountains occurred here in more recent times, when it formed low Protecorate. Then they flooded the sea and accumulated rhythmically repeated many times monotonous layers – the so-called flysch (sandstones, clay, shales, conglomerates). Their capacity ranges from five to seven miles. As a result of tectonic movements of these sediments were crumpled into folds and raised to a great height. The age of these sediments - Cretaceous and Paleogene periods. 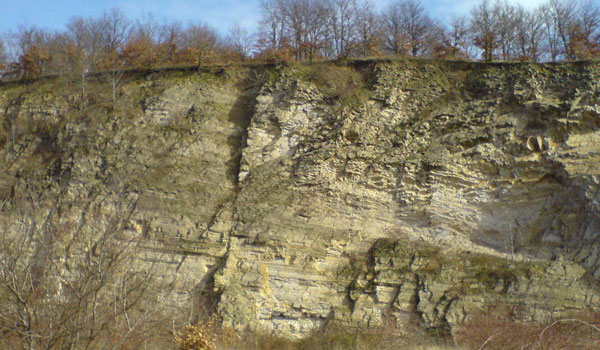 During the active tectonic movements in the Paleogene formed faults. Through them flowed a magma – formed volcanic tuffs, trachytes, ANDESITES. As there was a sea – volcanic rock mixed with marine sediments. In the Southeast region on the surface of ancient crystalline sediments (quartzite, slate, marble).  In the rest they are covered by a thick layer of earlier precipitation. Between the rocks of the flysch and volcanic rocks by a strip of exposed limestone and marble. Based on the above we can say that geological and engineering survey of Uzhgorod should be carried out before construction of new buildings and structures. This is the key to successful construction.

Compression of the earth's crust, the formation of folding was accompanied by the appearance of deep faults. The largest longitudinal fault is Tsentralnosibirsky depression. On the surface, it is reflected by a lowering of the heights of mountains, the formation of intermontane valleys, the formation of ledges, rocks. Transverse faults directed North-East, separating the Carpathians in a number of mountain ranges. These fault zones which rivers flow. Although the Carpathians were formed in Neogene Quaternary time, but the mountain formation of small amplitude (within a few centimeters) continues at the present time. So sometimes recorded earthquake of amplitude six or seven points.

in Addition to the effects of internal dynamics, the terrain changed and altered by the action of glaciers, water activities, weathering processes. In the Transcarpathian trough was delayed Neogene sediments deriving from the weathering of the mountains (malassa), represented by volcanic rocks, clays, sandstones, conglomerates, etc. In the South-East of trough are salt domes.

the Most common rocks in the area are rainfall, delayed by the wind. Also common, precipitation is formed by transfer of thawed and rain waters. On the mountain slopes Deposit sediments deluvial (talus, avalanches, landslides).  the Quaternary alluvial deposits are developed on plains, river valleys. In Quaternary time formed clay-sand rocks, gravel, tuffites, sand and gravel, boulders, loess-like loam, etc. After the glaciers left moraines on the mountain peaks. Eighty percent of the territory of Transcarpathia is covered by mountains. In the field, there are around 9500 rivers. The largest of them are tributaries of the Danube. Also in the area are approximately 140 lakes, their formation in most cases is connected with the glaciers.

In places of distribution of salt rocks developed salt karst. In the middle of the deposits of the karst processes are slow – because in these places the plastic salt strata and little fractured, circulation water flow is negligible. Intense karst processes occur in near-surface part of the zone of weathering and in circuits where filtering is significant. Salt deposits are of Miocene age. In the field of development of such deposits on the surface has resulted in a karst topography. Closed "mines of Solotvyno" salt water actively leached thickness, cavity formed, holes. According to scientists, perhaps even the occurrence of induced earthquakes. Also for Transcarpathian region characterized by earthquakes, mudflows, karst, landslides, channel and gully erosion.

the Company LLC ", GeoTop" will perform on your site geotechnical investigations in Uzhgorod.