Executive geodetic survey aimed at the control of the builders. Also, this survey allows us to determine the accuracy of issuing a draft of a building or structure in kind and to determine all deviations from the project that were made during the construction process. The reasons for such deviations and deformations can be very different. Executive survey involves a set of activities aimed at measuring to get the real coordinates of the characteristic points that are different from data in the project documentation by a certain value. 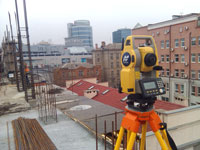 Executive survey in these days is the basis for the drafting of the property, which is required for the legal aspect of construction. On survey documents the surveyor records the information about all the important deviations of building structures from the project documentation.

These surveying held at the end of each stage of installation and construction works and finishes the control and the final shot is already fully built object, the results of which issued relevant documents. The content of this documentation can be submitted either in electronic or in graphical form, it depends on what format they required ordering these services face. It carries information about the actual situation of the construction project and its individual elements. All materials is made in accordance with all requirements of applicable regulatory documentation.

documentation, which are prepared during the construction process, contains all the information, starting from the completion of the excavation and ending with installation of roofing works. When the construction process is completed, geodetic survey, which is called control. On the basis of its final compiled plan showing the deviations submitted project in nature from the original project documentation.

the Preparatory stage of the construction of buildings or structures is carried out as-built survey of the pit. Qualitative survey allows the customer to independently verify the amounts of soil and reasonably pay for their development.

When the handover of the building in operation, you must have certain documentation.

Blocks of the foundations of the glass type as well as their display on the Executive is carried out according to the plans of the center axes in two directions that are mutually perpendicular. At this axial level of the foundations aligned with the targets, which are fixed on the base. Verification of correct installation is also possible with the help of specialized surveying instruments. 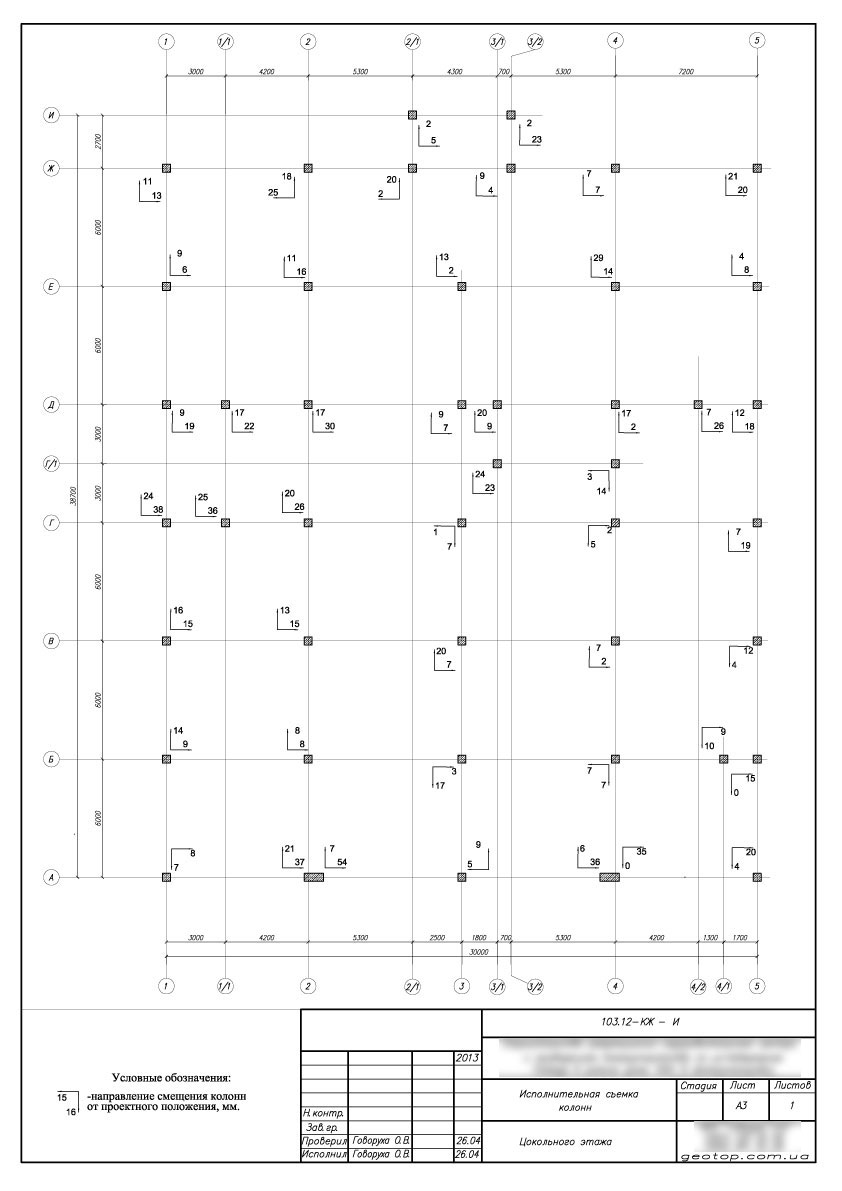 Surveying of steel structures provides an opportunity to determine the quality and accuracy of their installation. If mistakes were made by the builders during the erection of steel structures, using as-built survey, they will be identified, and based on the performed geodetic works will be taken measures for elimination of defects and various deviations. On the basis of the data obtained during this survey compiled by the appropriate documentation, which contains as-built drawings and various materials. They can be presented in graphical form and electronic. Comes with a certification of the surveyor who conducts the survey for the construction project. Geodetic documentation has relevance for the implementation of the subsequent works and plays a very important role during the inspection during the operation and commissioning of the object.

Agreed Executive survey is very important for professionals who perform installation of ventilated facades. Without it is impossible to carry out these works. Executive survey gives the maximum information about the real magnitude of the object, the horizons of its Windows and the lifting of the walls as from and to the building.

Having considerable experience in the construction of factories, residential home, several hundred different according to the purpose of buildings, we can confidently say that important Executive survey not only for the construction but also plays an important role in the daily operation of the manufacturing equipment.

Chief architect, designed the facility, regardless of whether it is a multistory building or a private house, enjoys two important points:

we Consider in detail the second point.  for Example there are also restrictions in the area, which is important in most cases.

you, as a customer may be such requirements to the house, take the geometric aspect of this thing:

This allows with millimeter precision to trace the precise geometry during the design process. 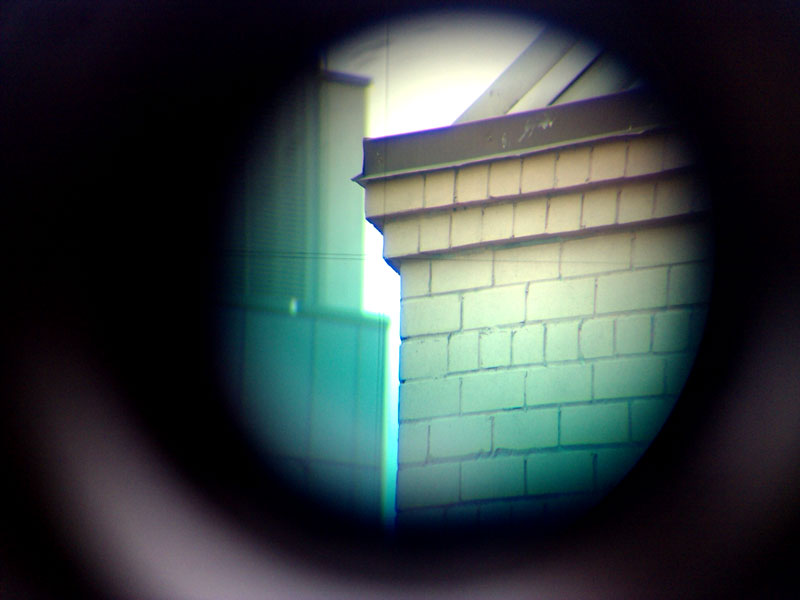 When completed construction of the facility involved an independent geodetic organization to verify the accuracy and correctness of the sentencing project in nature. Is a professional inspection of the whole geometry of the building. As-built surveys are subjected to boundary marks, piles and foundations, walls and stairs, walls and ceilings, floors and roofs, utilities, improvement.

If the Executive surveys found any deviations or defects, steps shall be taken to eliminate the mistakes made by the builders during the installationconstruction.

don't skimp on this kind of geodetic services, as time undetected errors can lead to emergency situations, the elimination of which will cost much more than time spent geodetic survey.

it is Very important that the survey was conducted professionals. "the Guild of Engineering" gathered a staff of the best surveyors from all over Ukraine. Great experience, possession of special skills and knowledge, ability to deal with specialized equipment allows our surveyors to obtain the most accurate data during the implementation of geodetic works. We understand the importance of their work and also appreciate your time, so all services are provided by our professionals efficiently and on time. Entrusting us with the survey, you will be satisfied.