Executive geodetic scheme are after already held Executive survey. It makes the coordinate values of linear and angular dimensions, slopes, distances between objects, and other geometric parameters. The Executive plan contains changes, if any, have been made in the project document, which was agreed upon by the developers of the drawings. Executive scheme contains documents, which confirm the changes in the project documentation. Execution of such document should be done only by highly skilled professionals, such as professionals Guild Engineering. Because it requires a very high accuracy of measurements and even the slightest error. 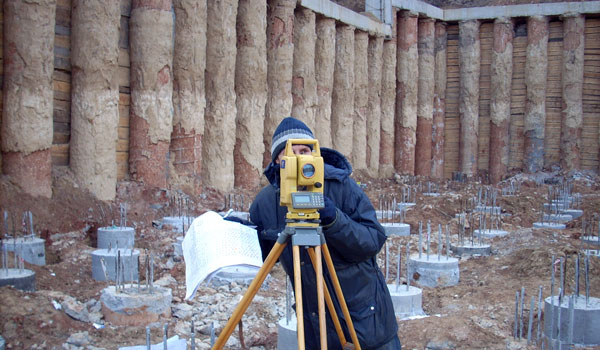 in Addition to measurement accuracy, the Executive scheme must meet the following criteria:

Executive survey developed for columns, beams, foundations, floor slabs. Executive survey columns is carried out using a total station to determine the accuracy between design documentation and buildings that are being built. Executive plan columns is used during the construction of constructions, which responsible for the strength and endurance of industrial and civil structures. Executive survey, which determines suitable whether the building for the operation, performed, recorded when all parts of a design. It indicates the high-rise and the planned location of the structures that were attached after all the parts are erected buildings were leveled. Distinguish between current and final Executive surveying columns. According to the results of the executed works are created Executive schema columns. Often, charts and current and final Executive shooting placed on the same drawing.

Executive plan foundations is created as a result of performing the Executive shooting foundations. It determines how accurately was laying the Foundation. Executive survey of the foundations of network data according to the project documentation in-situ performance and identify outliers, if any.

Executive plan crossbars controls: the distinction marks the bolts on the ends; the difference between the marks of two adjacent girders; the offset of the axis of the bolt. Surveying as-built documentation shall be prepared in two copies and signed by three experts: a surveyor, chief engineer and a contractor.