You have land or rent the property. Have you got a question about connecting gas, water, sewer or other utility networks - communication. If you contact the proper authorities to contract for connection of a water supply with you the first thing you will require geodetic Executive imagery of water, and may even require the entire Executive survey of underground utilities immediately . The shooting should be applied to the new pipe with the exact binding her to the nearest hard contours. Such Executive schemes do surveyors precise geodetic instrument. One important factor that uses the Executive survey water, is its date of manufacture. The survey should measure up to cover the pipe. If the pipe is buried, then after 2-3 weeks it is already very difficult to find. The metal pipe may be under the ground to find the locator, plastic pipe of the same today with a diameter up to 150 mm no device not found. In-built surveys will indicate binding of the water pipe to the corner of the house, the sewer manhole, the edge of the fence, the gas pipe to the curb. Separate information shooting underground utilities goes high. Elevations in the sewer backwash play a major role. For example, to connect to the Sewerage network plays a crucial role stamp mount points. In order to comply with the draft and not to introduce a pumping station is needed for pumping is Executive survey sewage. 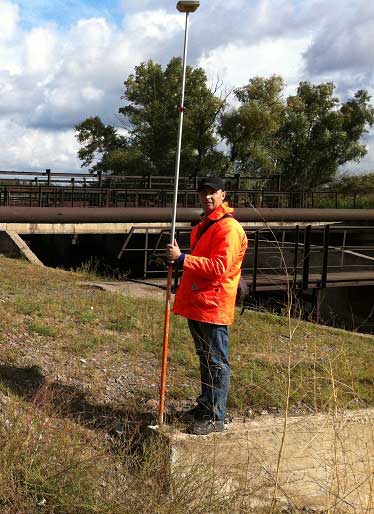 This is done so that in case of repair the road, rush communications, network search, the installation of the meter was not difficulties with shooting underground utilities in a short time without involving geodetic organization to search for the pipe.

an Interesting way of pipes is the so-called puncture. Its peculiarity is that the pipe can be drilled and installed even under buildings, roads, rivers and other communications

Private moment is Executive survey of the pipeline with the governmental approvals and architecture. The basis for laying of underground and above-ground communication is project connect. The project is carried out on the current topographic surveys geophysical basis. Actual is survey of underground utilities not older than 1-year, performed by a certified engineer-surveyor, attorney surveying equipment.

Special attention in the design of engineering networks and as-built surveys are crossing pipes under roads, buildings, and other networks. In these places, provided such measures as concreting trays, laying of casing pipes, reinforced pipes, changing diameters and other 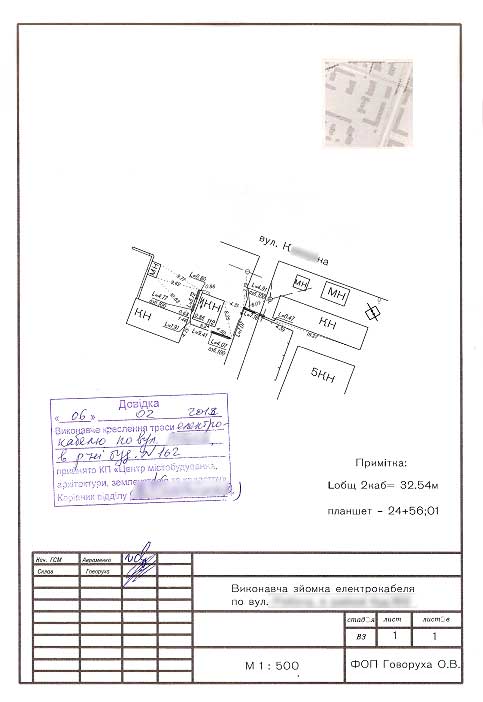 On each network has its own characteristics making scheme.


Executive survey of the pipeline.

the Most responsible type of shooting is Executive survey of the pipeline. The pipeline not only can be damaged if ignorance where he is buried, but also can cause a leak when doing work in the immediate vicinity.

On the geodetic schemes gasman put on poles, fences, buildings, columns dimensional values to the pipe in the plan, the depth of the pipe, pressure(high, low, average), pipe material, diameter.  the Materials used for the transit of gas stations allow him to change direction unpredictably, making it difficult to locate if you need to dig up the pipe and to tap in a certain place. The metal material of the pipes allows the use of metal detectors and locators for locating pipes.

a Distinctive feature is the requirement on the depth of soil freezing, the presence of the counter and the well at the point of connection. Mainly for water used plastic  and plastic pipes. This material allows you to change the direction of pipe erratically, perform the radii turns. That makes it very difficult to find them. To date, no device to search for plastic up to 150 mm On the surface are rare due to frost in winter. The diagrams are plotted the size of the camera hatch. 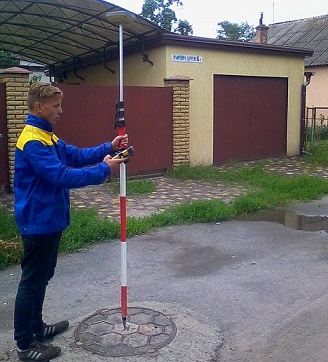 In the sewers is the main parameter  is the elevation of the bottom of the pipe and mark the top of the hatch. For the sighted coordinates are computed distances between wells. From the difference of marks obtained excess. Divide the excess horizontally on the construction get the slope. In the sewage project mandatory criterion is compliance with the slope of the pipe for the desired flow of water through the pipes. On shooting sewage often in one hatch cut into 2-3 tubes. Also in the sewer important parameter is the bottom of the camera.

there are also features for shooting and for individual settlements. It mainly depends on the presence of regulatory authorities and experts that monitors implementation of the legislation in these areas.

it is necessary to highlight the production of as-built drawings for the construction of large industrial facilities. To make a lease agreement on a new network, the process takes from 6 months to a year. Therefore, the Executive shooting start preparing long before commissioning during backfilling of trenches and laying of underground pipes, but the landscaping, manholes, small buildings and ancillary structures erected in the last phase for a month or two before delivery. Hence the caveat that the Executive scheme, sewer and water lines show binding to the borders specified in the final General plan of improvement. There are Executive General plan networks in the project master plan, specifying bindings hatches for future buildings that will be built in the last stage, from which during the operation of pipes and networks to search for pipes and layout of new facilities, in order to dig the trench during the reconstruction of the plant or the construction of the second or third stage of construction