Study of soils under the building helps to study the soil under your future home. To reveal the peculiarities of their occurrence. Properties of soils can vary greatly when they are wet. When it is filtered water. These include loess sediments, fine-grained Sands, carbonate rocks. And clay rocks are a good confining beds. If they lie loose rocks and bedding of the layers under some angle, then when it is wet clay, lying on top of loose rocks can slide. This can be a huge earthen mass. Can break down entire settlements. 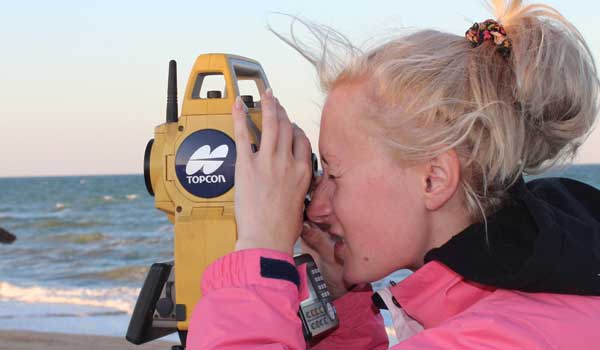 Engineering-geological study of soils has recently become more urgent and more relevant. In places, previously relatively stable, begin to show dangerous engineering-geological processes. Intensive construction, intensive business activity leads to the intensification of such phenomena. Changes in the groundwater regime. Almost everywhere, there is a rise of groundwater. Begin flooding. A related issue is the intensification of gully activity. Active slide mountain masses on the slopes.

the Analysis of soils for construction is carried out in the laboratory. Investigate their physico-mechanical properties. By results of researches the conclusions are made about the construction properties of soils. Along with soil are studied and the properties of water filtered underground. Depending on the chemical properties, it can corrode concrete, iron. As a result, the design is starting to crumble. Or it can be a pipe, cable. Soil testing for construction consists of preparatory works, drilling and cameral works. It is not enough just to describe the properties of soils. Still need to make a prediction of the existence of dangerous processes in the future. Now great attention is paid to the so-called "geological risks". Before construction it is important to take them into account.

Engineering-geological study of soils had not always been carried out. Firms save on such works. On the news now often declare, here and there occur small and very serious disaster. Just recently because of the landslide started to sink into the earth wall in Kiev. In China to die as much as 22 houses. It turned out that they were built on the man-made soils with a capacity of more than 100m. The water began to erode the soil, causing the crash occurred.

Analysis of soils for construction is not a mere formality that must be observed. And an important part of the design and construction works. Before the building need to choose the right place for this. Dangerous, unfit for construction are considered slopes, floodplains. Industrial soils, collapsible soils. Soils that float. Good properties have clay soil. But the clay contains a lot of water. In winter it becomes ice and clay swell. This causes destruction of the Foundation, the building collapses. To avoid destruction – the Foundation for doing deep. Below the depth of freezing. Also use special engineering methods of protection that the Foundation is not pushed.

Sands that contain clay in varying degrees – are called sandy loam, loam. They have almost the same properties as clay rocks. They can also swell. But they can withstand heavy loads. And base can't do deep. But if these soils are on a slope may be formed landslide. Such rock slides of the overlying sediments. So the slopes do not recommend to build on clay soils. Good soils for construction are sandy soils. You can not build deep foundations. But fine-grained Sands become quicksand. Particularly dangerous for construction slopes.

On the surface, typically exposing only the soil-vegetative layer. But in order to know what is even deeper – it is necessary to conduct geological studies. Firm LLC "Guild Engineering" will help you explore the soils and natural hazards on your site.