When it comes to obtaining permits for construction, all mean exactly large facilities – multi-storey houses or cottages, shopping centers, the infrastructure. And about the notion of small architectural forms, remember in the last turn. However, despite their small size, similar designs are also entitled to a setup that must be performed in the framework of legislation and planning codes. 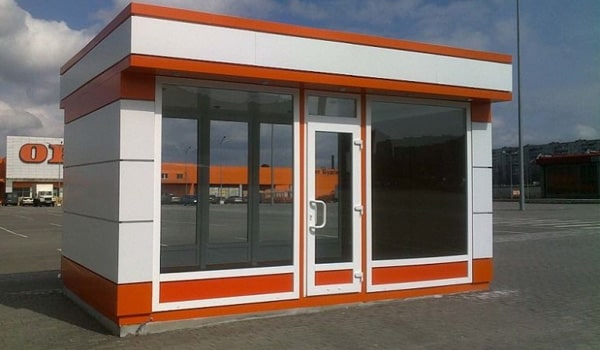 What are these small architectural forms? It structures having a relatively small size. Generally, this term denotes the kiosks, stalls, garages and other similar structures. They all share one thing – they do not require the laying of the foundations before installing.  Often they have no permits for their location on a given territory. But illegal construction and installation punishable by law, must be demolished and the owner fined.

in Addition to the above, and garages to small architectural forms there is a whole list of elements that serve to transform courtyards or public places. It benches, tables, gazebos, flowerpots, fountains and decorative pools, lighting elements, decorative bridges, bus stops, playgrounds, fences, objects advertising (citylights, billboards).

Main documentation, which mandates placement of objects of small architectural forms, especially the so-called temporary structures (kiosks, etc.) – it is a passport snaps. You must appeal to the local authorities in order to obtain permission to install the facility. And in order for the decision of the authorities was positive, you need to demonstrate that the facility meets all requirements and construction standards.

Clearly it can be done with the help of graphic materials. In particular, the LFA is sufficient to provide graphic materials in the form of a topographic plan indicating the planned location of the installation design. The design should be marked contour. Scale topographic and geodetic basis is the standard of 1:500. The planned location of a small architectural form must be completed on the graphic documents with reference to the area where the owner of the object wants to place the MAF. Along with personal information about the owner of these materials is enough to ensure that the authorities have taken a positive decision and given permission to install.

And only when a positive response is received, you can do registration of the passport of the binding. It will also need graphical support in the form of a schematic sketch to scale of 1:50, and technical specifications for provision of communication networks.

As you can see, at the stage of obtaining permits for the installation of small architectural forms without a specific geodetic assistance is necessary. It is to be surveying the basis of the area. Typically, this topographic map. Also, apply to this plan, the LFA. However, before you carry out work on the preparation of graphic documents, it is necessary to explore the area by topographic survey. And even if the area is already plotted on a topographic map before designing documents for the LFA needs to update data. All work associated with small architectural forms and temporary structures solved by the experts of the company Guild Engineering. From our company you will receive a grant of graphic materials with the designation of planned placements Mafa(small architectural forms), which are made in any form on surveying the basis of 1:500 with the delineation of the contours of the Mafa.