Features of the Foundation design on clayey soils

Clay - grained rock of sedimentary origin with plastic properties with particle size up to 0.005 mm. Is made of minerals-silicates with an admixture of sand or carbonate particles. Clay formed by weathering of igneous, metamorphic and older sedimentary rocks. 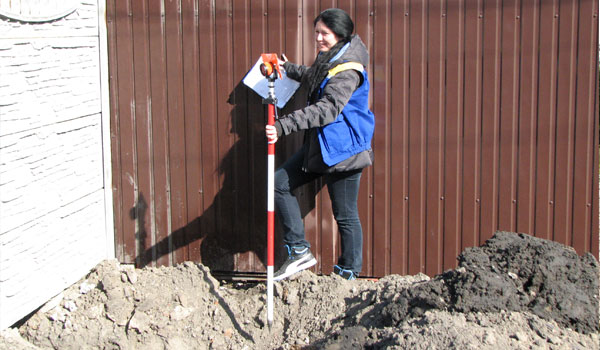 Distinguish clay rocks, which were formed as a result of transfer destroyed rocks in the sea and that formed on land. Marine clay sediments deposited in the coastal zone, at the bottom of river valleys, lagoons. Characterized by poor sorting, often pass into sandy siltstone and carbonate rocks.

of Clay, which were formed up to the depth of two hundred meters in a quiet room or in the lake is uniform in composition and have a large sediment load. In continental conditions and temporary streams are formed polymineral rocks with the composition, particles of different grain size, layering is not strong.

deferred clayey sediments can be transported by water flow, wind, glacier, forming secondary precipitation with more aged properties, and composition. In clay soils the clay content of 3%. These soils are able to swell in water, are characterized by good ductility. When moistened, they do not miss the water. The main parameters of clayey soils: the Grand.composition, moisture content, strength, porosity.

the Porosity depends on the size and composition of rock-forming particles, their structural and textural features. More fine sediments have a greater porosity. The deeper submerged sediments than ancient they are, the higher the porosity. By porosity of clay rocks define the natural density, as far as the soils are prone to deformations. If the natural density is low, the soils can easily undergo deformation, can easily be affected their natural state. For the calculation of precipitation of buildings and structures the most important parameter is the porosity of soils.

Another important parameter for the Foundation design on clayey soils is humidity, depending on the degree of pore filling with water. The humidity depend on the strength characteristics of the soil, their resistance and susceptibility to strains. Humidity of clay rocks varies from 3% of mudstone, up to 90% of Quaternary clay rocks.

an Important property of clay rocks is the ability to swell when wet. This option should be considered when designing and constructing - swelling soils, compaction occurs, the deformation of buildings and structures. When designing it is important to calculate the critical parameters, after which can start a dangerous engineering-geological processes. The most accurate rainfall when soils are die trials. According to field tests to determine the modulus of deformation.

and it is Necessary to determine deformation and strength properties of clay soils. The compressibility of soils determined in the laboratory by the method of compression. On the strength of clay soils depends on their ability to resist external loads. Determine the critical value, after which begins the destruction of. An important indicator of strength is the shear resistance, when the external load occurs in the rock shear stress. For example, the formation of landslides related to the lower strength clay soils, increases shear stress.