Features of the Foundation design on the sand

in order to define the features of design of foundations on the sandstones, it is necessary to know their properties and characteristics. To sedimentary deposits of the black sea basin include Sands, limestones, clays, sandstones, mudstones, coarse-grained rocks of Neogene and Quaternary age. The rock in places out on the day surface are often subjected to processes of weathering, become fractured, split into separate fragments. Often, if surface layers are durable sandstones, the formation of distinct protrusions in the terrain. 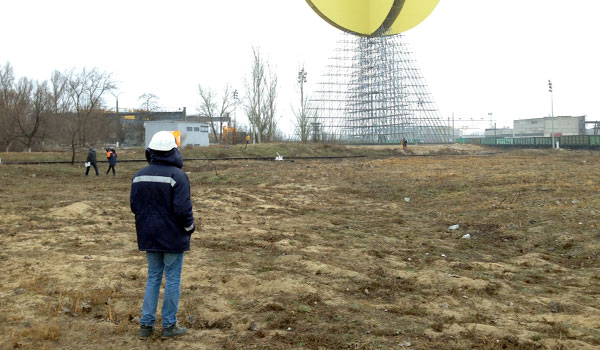 Sandstone called clastic rock in which the particles are cemented by cement of different compositions. They are formed during weathering of rocks followed by precipitation periodogram water and air flows. During migration is the sorting of particles by size and density. Subsequently, the particles are held together by the cement. After the destruction of sediments by processes of weathering and migration remain the most durable, solid particles (mainly quartz particles). The sandstones are composed of feldspars, micas, glauconite, various debris and minor impurities. The cement composition may be siliceous, calcareous, argillaceous, ferruginous and complex.

the Sandstones are divided by the mineralogical composition of the particles on monomineral and polymineral (consist of two or more minerals). For example, quartz sandstones are composed of quartz. Polymineral sandstones consist of quartz and feldspars, quartz and micas. Grauwacke called a durable Sandstone of different composition (mainly the products of weathering of volcanic precipitation of intermediate and basic composition). They have a lot of  fragments of the destroyed rocks. They cement consists of finely grained particles of destroyed material. Tuffaceous Sandstone consists of material of volcanic origin.

the composition of the sandstones can be identified by color, and knowing the composition and degree of weathering  – you can judge the strength of the monoliths. Sandstones with a high content of quartz have a bright or grayish color. Greenish shade gives glauconite. The iron hydroxides give color to a rusty, reddish, brown color. Organic matter give the cement a dark or dark-brownish color. In fact, the sandstones are sand, which was subsequently stsementirovannyj. Cement was formed or as a result of loss of minerals from the water during the circulation along the sandy rock. Or later, after the formation of precipitation as a result of penetration of water through the system cracks. In such cases, the Sandstone occurs locally in the places of fracture.

the Degree of weathering of rock is determined by comparing the density of the weathered sample with the density newaverage sample. If there are severely weathered or softened rocky soils it is necessary to determine the bearing capacity using static tests.

the construction of the Foundation upon the solid rock the soils can be performed with a minimum depth of backfill. When calculating the depth to take into account properties of the soil, stratification, water table, loads from buildings and structures, climatic factors.

OOO "GUILD ENGINEERING" will perform all necessary geotechnical studies on sandstones in the time convenient for You efficiently and promptly.