Features of design of Foundation in collapsible soil

In this article we will consider features of the design of foundations of buildings and structures on subsiding soils and, particularly inspection of buildings on collapsible soil. Collapsible soils are called clayey-silt rocks, which gives the drawdown when soaking. Thus there is not simply a mechanical drawdown and changes the structure of the particles in the soil. Subsidence properties are most pronounced in loess-like loam and sandy loam. Less frequently appear in bulk, man-made rocks, silty soils, fine silty Sands, volcanic ashes. 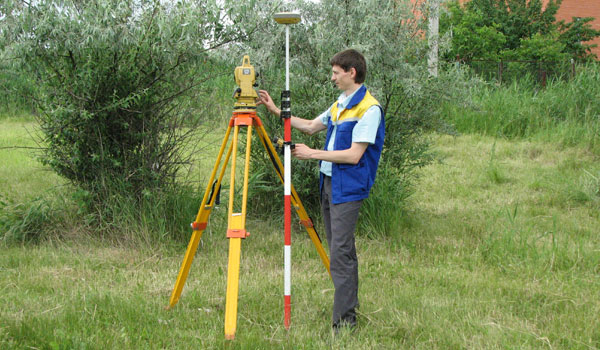 Collapsible soils under the action of external force, or even under the influence of its weight give the drawdown because they contained the pores and macropore. Such macroporous soils is the loess, which gives the drawdown under pressure when wet. For example, in the above the flood plain terraces are found loess-like sediments with low permeability, but high settling. Clay soils of floodplain terraces may have subsidence, and swelling properties. Bulk clay rocks, technical production wastes in the form of ash, dust can also have settling.

But the widespread, worldwide and in Ukraine are loess soils, occupying more than 80% of the area. Their subsidence properties were formed during the sedimentation and subsequent existence in a loose condition. The compaction of these rocks occurs as a result of moisture, or subjected to additional loads. Also the lower layers of loess soils can be compacted under the weight of overlying layers of loess. The loess consists of silt, carbonate particles dimension, have considerable porosity (up to 50%) and low humidity. When moisture destroyed the original structure of the particles.

the Strength of subsiding soils, adhesion of particles to each other decreases with moisture. It is very important to know when carrying out works - Foundation design in collapsible soil. Penetrating the water film forms a kind of lubricant, which can slide particles. The particles are interconnected in such case retain the molecular forces, depending on the density and structure of soil. Such engineering and geological phenomenon of drawdown, involves complex physicochemical processes in soils. Particles and groups of soil particles during a drawdown stacked more compactly. The quantity, volume of pores in them is reduced, the soil becomes stronger. This process can again be repeated with further humidification or external pressure. The strength of the soil increases again.

Typically, collapsible soils are maoulainine condition. For the occurrence of rapid deformation sagging is small enough external pressure. When soils are vodonayeva – filtering water are not significant and the deformation occurs slowly.

the Settling soil is studied by using compression devices by moistening samples, applying some pressure. The arising deformation is compared with the original soil condition.

When building on such soils usually emit conditions when moist soil is squeezed under its own weight up to five centimeters and five centimeters. And depending on that make up the project plan different kinds of activities and events. For example, condense and consolidate the ground, burn, etc. Also plan the location and use of buildings and structures in such a way that minimum to reduce the possibility of water leakage.

If the value of subsidence comes to 6m, we plan the following engineering activities:

If subsidence of ground more than six meters are planning the following events:

Even in the construction of private houses on collapsible soils it is necessary to conduct engineering and geological studies and to pick up the Foundation so that the pressure underneath is less than original was subsiding. It is also desirable geodetic works on subsiding soils carried out in the shortest possible time that will allow construction work to spend so did not have time to get precipitation, or arising from leaks of water in the excavated pit.

recently try to use comprehensive protection from subsidence processes in soils, because none of the individually applied methods cannot provide 100% reliability of buildings and structures. This is due to many factors: the ambiguity of the Genesis of the subsiding soils, the ambiguity of the Genesis of the process of drawdown, as well as the complexity of the structure of such sediments, the diversity of their properties.

company "GUILD ENGINEERING" can perform all the necessary engineering and geological studies on collapsible soils.