Features of design of Foundation on rock grounds

In this article we will discuss the geological properties of rock and soil design features of the Foundation on the rocky soil. The rocks occurring at the earth's surface and, at a comparatively small depth, called primers. This soil-topsoil, loam, sandy loam, sand, clay rocks, half-rock and rock. By granulometric composition, the nature and strength of bonds between particles of rocks are divided into: coherent, incoherent, coarse, half-rock and rock. 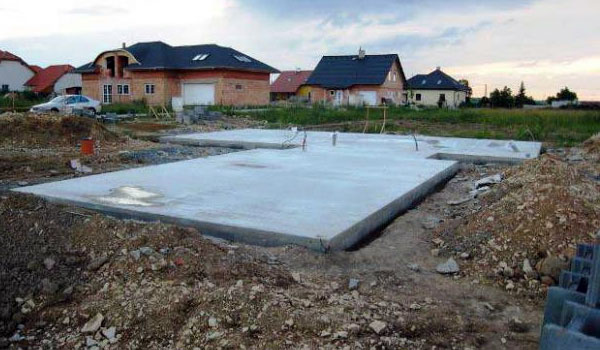 To the rocky soils strong igneous, metamorphic and some sedimentary rocks (sandstones, quartzites, conglomerates, carbonate rocks, rocks cemented with siliceous cement) with the ultimate strength under uniaxial compression over fifty megapascals. In these rocks there are strong links between the particles. Rocks are divided by the ultimate strength in compression, by how much can dissolve or soften in water. The particles in these rocks are cemented between them a solid crystallization communications. As a result of hydration of communication do not change. These soils are almost not compressed, waterproof.

Rocky ground may consist of several species with different strength characteristics. The original occurrence of such species may be disrupted, for example, in fault zones, in zones of weathering in the zones of tectonic disturbances. In these areas in rocks cracks, bonds between particles can be broken, the strength of the rocks will be minor  in such places. Often these changes occur in the contact zones of different breeds of layers.

the nature of the fracture allocate a maximum of fractured rock, medium hard and fissured monolithic and layered soils. In fractured rocks, the force of adhesion between particles decreases. In layered rocks the adhesion forces along and across the layers vary greatly. Properties of fractured rock is practically independent of temperature changes. Often in cracks of the rocks by circulating ground water. Eventually in the rocky soil as a result of weathering cracks, rock breaks into small pieces.

the Most hard rocky soils are igneous, metamorphic and then go. Less strength of sedimentary soils. In General, a rocky soil are very resistant and have a strength value to MPa under uniaxial compression. These soils are almost not compressed at pressure.

the rock Strength properties of soils are directly depending on the composition, characteristics of the cement from the cracks and how rock is weathered. To determine the change in strength when wet rocks calculate the ratio of soaking in water. When saturated with water at some clay rocks, rocks with clay cement, chalk, marl, siltstone, mudstone strength can be reduced to two or three times.

Some rocks (like gypsum, stone layers) can be dissolved in water. There are such breeds that can in water to soften. This feature is evident in the clay-containing soils. The softening of the soil leads to deterioration of bearing capacity and shear resistance, increasing the compressibility of the soil.

the Largest resistance in compression is observed in the jades, fine-grained granite, ferruginous quartzites, gabbro-diabase. The strength of soil is influenced by various factors, among which the size of the particles, their density, the relationship between them. If you increase the number of pores and cracks of rock strength is reduced. Especially the durable fine-grained rocks with uniform grains.

the strength of the soil can degrade aqueous solutions of different composition. This should also be considered when vypolnenie works - design of Foundation on rock grounds. On the surface of rocks can be of various physical and chemical processes. Water with dissolved different substances can be adsorbed in the particles, to weaken the adhesion between the particles. As a result, the rock strength may be reduced. This process can be reversible once the rock is dry.

To assess the behavior of soil under the base of buildings and structures determine the strength of the rocks along the projected plane of destruction on the basis of laboratory and field data, results of mathematical modeling. For fractured rocks strength varies in different planes. The cut of the breed is based on the direction of possible outcome pressures. The strength of soils can be affected at the same time the resistance of the rocks to shear and rock strength in compression. The shear strength is affected from the degree of weathering is then destroyed bonds between particles can change the particles themselves.

the Base are calculated by the limit bearing capacity and limit deformation. To calculate sediment structures under loads use the value of the equilibrium module of total deformation.

OOO "GUILD ENGINEERING" will execute the whole complex of engineering-geological surveys on the rocky soil efficiently and on time.