Shot of the facade of the station

In the case when the building is undergoing reconstruction changes on its territory must also perform various types of surveying work. Otherwise, the reconstruction will be poor and still need to redo everything. The main type of work on this object shooting facade. She just needed  during reconstruction, because in contrast to building from scratch, where it is based on the project itself here. But during the construction or major repair of the shooting will not be superfluous, but very useful. During shooting is fixed planes of the structure. Is the shot of the facade of the total station and laser scanner. With their help it is possible to detect deviations from the actual sizes. 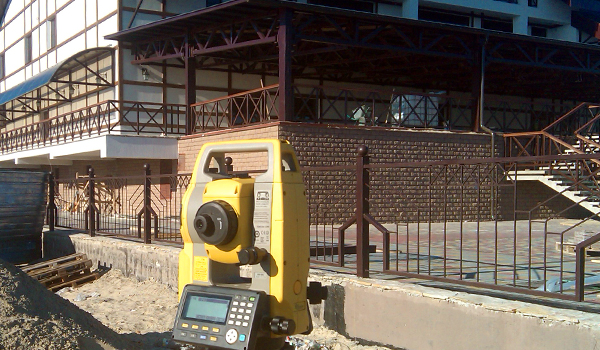 On the basis of information obtained in the course of shooting, special computer programs developed model structures in three-dimensional plane. And based on this model, it is possible to calculate quantitative indicators of the required building materials, and, consequently, the material cost of this expense.

Surveying total station facade is carried out in such cases:

This type of topographic survey is performed in several stages. At the beginning of a specification is prepared, following is the collection of all necessary original documentation. These works belong to the preparatory phase. It is followed by a phase of field work. During this phase, if necessary, broken geodetic reference network in the area and you want to take photos of the facade. For field work followed by laboratory work. They represent topographical plans and schemes, preparation of necessary documents. All materials are prepared in the required number of copies. Documentation may be presented to the customer in electronic or graphic form.

there Are times when in order to save the building owner orders not a picture using progressive tachometers, but only measurement roulette facade. Yes, to save on geodesy in this case, you can significantly. However, overpay for the extra building material can not be less, and even much more so as such a manual method provides a significant share of mistakes, and the time such measurements  and their calculations will take a lot. So, wanting to save money, order shot of the facade of the building, but only the proven and responsible team. Such are the employees of the Engineering Guild, who in his work the main tool used exactly the total station. Specially for this work developed the original software.

We work on a contractual basis, which guarantees faithful performance. Himself version will take a maximum of two days, and possibly less - it all depends on the scale of the object. Next, it creates already mentioned the 3D model and the calculations. It also takes a couple of days. Therefore, the longest 4 days you have on hand, the results of all calculations. You are on of hands to receive the electronic version of the model structures and the paper version of the scanner. These documents contain all the parameters of the subject and each of its components - openings, cornices, fixing technical means, placed on the facades. Also if desired, we can design the appearance of facade and the cost of its reconstruction.

Clear the cost of shooting facade in each case is individual. It all depends on the combination of several characteristics. Key among them is the number of sides of the structure, its height or height, the maximum precision of the measurements, design features of the building, the presence of the insulating layer, and protruding hardware. To calculate the cost we will be able to you after acquaintance with the object and your needs to work.