Experienced surveyors have the possibility of translation from one system of coordinates and heights of the Baltic sea to another, the coordinate System in modern geodesy used in engineering geodesy, topography, call us at (097) 57 246 57 work throughout Ukraine. 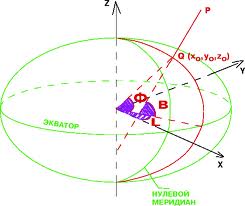 to Solve the geodesic problem on the plane, provided that the size of the study area are small. In the case where it is large and takes at least two degrees of longitude and width, we must take into account the earth's curvature. To resolve this scale of tasks and uses the ellipsoid representing the surface depicted in three-dimensional space.

coordinate System to topography. In the topography used local coordinates, which are rectangular. They represent the coordinates of the zonal system Gauss-Kruger. Such data is used in small areas. Numbering coordinate quarters is carried out by the method-clockwise. The names they respectively receive light to those parties, which include. For example, I-II-SE, III-C, IV-ST. 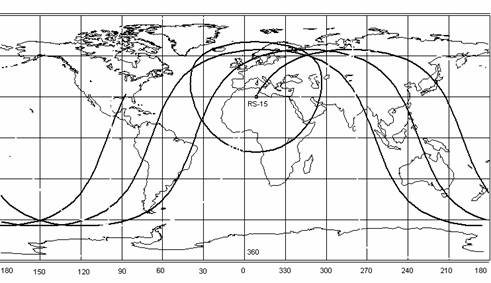 the x-Axis combined with a certain Meridian points of the territory or be directed respectively to the main axes of the engineering objects. Polar coordinate system in engineering geodesy, allows to determine the position of a point on the surface due to horizontal polar angle, measured from a certain initial direction, and a horizontal position.

the Coordinates can be obtained through the satellite system. It includes:

This system works due to the fact that ground station observations allow us to determine the exact location of the satellites as possible. Such stations are located around the globe. Each satellite has its own spatial coordinates.

There is the main station. Thanks to her, is regulation lines, which are high-speed, on which the transfer of data. Also with the help of this station is the concretization of the boundaries of existing satellite orbits which are registered into a single coordinate system. This system allows from time to time to receive from the satellites, a set of coordinates, which has the name - efemeride. The extracted data allow to determine the coordinates of the satellites in orbit at a particular time

the Coordinates are constantly changing. This is caused by various factors, among which the gravitational field. Therefore, they must from time to time specify.

Progress does not stand still and is nowadays possible to obtain the coordinate data is possible with an accuracy of 20 to 100 m, when using the method of extrapolation. This method allows to obtain the data for the days ahead. There are other methods, one of which allows to achieve a precision of 1 meter.