Geology: some facts of construction in the floodplain of rivers

If You don't want Your house on the city tours demonstrated how beautiful modern ruins, read this section carefully.

Construction in the floodplain of rivers is the usual case. Because in this area there is written "Floodplain". Just a flat place near a river - a sight for sore eyes! So you want to build a house there and live happily. Not all turns out. This applies not only to private developers. Here is the first example. 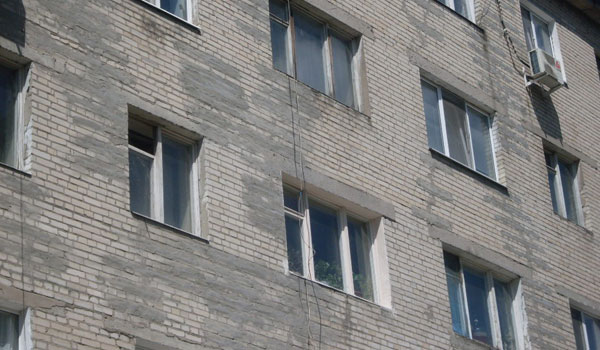 It is sad to watch. This five-story building. Just built the walls and the house began to crack. This is the last house on the tape foundations in this district. The house survived, lens by peaty soils not detected during surveys, were not very powerful. Part of the tenants was sent out almost immediately after moving in. In such geotechnical conditions allowed to place the wells at a distance less than 20 meters from each other. If these conditions were met, then errors in the geological researches and the design could have been avoided. But to save on engineering-geological surveys did not start yesterday...

Here is an example of the second. 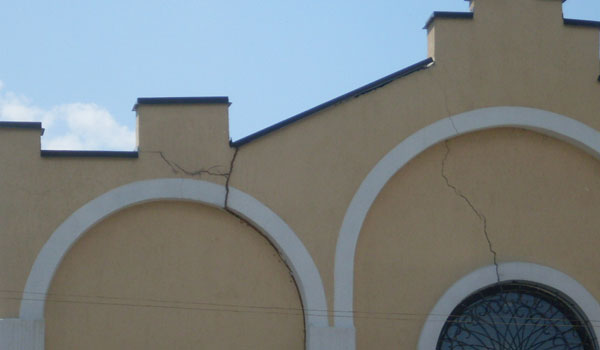 Modern construction. Tenants have also not live, although the house was built recently. The same flood plain, two kilometers from the previous house. If the developer carefully looked around, you would have noticed in a nearby one-story houses deformation. Yes, the uninitiated may very well decide that this is the age of the houses. A floodplain is a highly compressible, non-uniformly distributed soils.

Improved construction methods. Improving methods of research. The process tends to reduce costs, replacing more expensive methods are more economical. But the required amount of work to do, and sometimes to hedge. This applies to geomorphology. The boundary between levels is often a completely different border conditions. It is necessary to draw quite accurately. To identify such boundaries are used not only costly drilling. Static sounding and radioactive logging reliably trace the location of soils with specific properties. Done next to well can be used to decrypt the data sensing and logging, and distribute them throughout the site. This approach to the study of Geology allows to reduce the cost of geological surveys.

The application of advanced methods for testing of soils with specific properties allows to replace the expensive sinking of shafts to test. Petal grunthos, by means of which the testing of the subsiding strata are not cheap. Except for the presence of the radar of the sample holder, requires the presence of a thin-walled sample holder of diameter 146 mm. This sample holder is to sweep the bottom before the selection of the monolith. Complex technology. But the end result is accurate. And the construction on collapsible soils is the most important.

The company “Guild Engineering” for many years is the study of the Geology of the site under construction. Studied the Geology of various sites for construction of different objects. Experience geologists are adequate to cope with the most complicated Geology. The result of the research is a scientific and technical report.

In the normative literature describes the recommended content of the report on the Geology of the area, and our experts strictly adhere to it. All the data on the basis of which research is conducted, and attached to the report. If there are forced to withdraw from the program, the latter are described and justified.

In the text of the report describes the study site (here are the information about the previous works on the site and the possibility of their use, describes the present deformation of buildings); provides the features of geomorphology, topography, hydrography and climate. Mandatory sections are Geology (tectonics, occurrence of layers), design and regulatory characteristics of the soils composing the site survey, hydrogeology (groundwater is encountered, depth of their bedding, especially the mode and humanality water), occurring on the plot of dangerous and unfavorable processes and phenomena. Performed the forecast of change of engineering conditions. Should zoning be done based on the estimated changes. In the report recommendations concerning foundations, preparation of the territory.

In recent years in the cities has changed the geological conditions under the influence of the engineering activities of man. This leads to a change of construction methods and the study of the geological environment in great depth. The firm has the necessary resources and facilities to perform complex research.