Building the grid in geodesy

Construction mesh in geodesy is a good helper for accurate and quality work. It is created during the execution of geodetic works at the site during the construction of any object. It promotes the proper conduct of the work breakdown section, implementation of surveys, measurements, and also for accurate installation. Geodesic construction mesh is a coordinate system, designated and fixed at a particular locality or area. There are certain points, which is bonded with each other, are squares. These items are designed at the stage of studying maps, plans (especially General) building under construction. The main task of the experts is not only to design it properly on the plan, but also as accurately as possible to move from the project area. Construction mesh is most often used during the construction of industrial objects.

Geodetic construction mesh is projected on the future master plan of the property. This makes her different from other different types of networks, which support. The length of one side of the square mesh construction depends on the area of the object under construction and its purpose. The length of this side of the square can vary from 100 m to 400 m. the Most commonly used mesh having a side of 200 square meters In the case where it is necessary to divide the geodesic mesh construction in the workshop, the side length of a square varies from 10 to 20 m. To generate this mesh is most often used rectangular coordinate system. Depending on the purpose of the construction of the grid is determined by its degree of accuracy. After the master plan produced by the design and construction of the mesh, it is made in nature. Stakeout happens in several stages. Initially submitted the original direction of the mesh, then its detailed breakdown, which may be with an axial and reduced way. The mesh is fixed fixed signs, and then made test measurements. 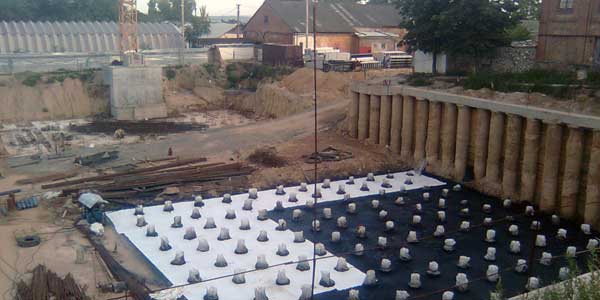 When building a grid based on the squares, because it's easier to work with professionals. However, there are situations when it is better to spend a breakdown of rectangles - they are easier to fit design and construction. As for the size of the geodesic grid, they depend solely on the nature of the future construction, its purpose and square. Basically, all building grid may be with squares from 100 meters to 400 meters. But too small, nor too large the size of the squares is not very convenient to use. Therefore the most common size was a square having a side of 200 meters. In some cases, if the construction involves the laying of multiple communication lines, it is better to reduce the size of the squares up to 100 meters. Common practice is to build the model grids that are inherent in the standard plans of the buildings.

If the section already has a building, which was built earlier and it too was designed geodesic grid, a new grid is a direct continuation of the already existing and is based on the same parameters as the old one. The difficulty appears when there were no signs of the previous grid. In this case, you need to try to recreate the axis of the already built up areas, which are located near the planned construction. Then, starting from these axes, it is necessary to build new grid.

Engineers-surveyors company "Guild Engineering systematically execute orders on the design building grid. Their qualification allows you to not only correctly and efficiently work with the General plan and the project of constructing the grid, but also as accurately as possible to move it to the site. Also our specialists after removal of the grid on the terrain will check the correctness of its location, will make test measurements. If the previous grid was not built by us, we will pereproverit its data, correct it, if necessary, and based on this information, we will build a new one.