Tacheometric survey is one of the types of horizontal and vertical surveys, that is the removal, during which you get as a plan of location of objects on the ground, and the height and shape of the terrain. The name this kind of surveys received for execution speed (in Greek tacheometry is the fast dimension). Total stations – instruments used during tacheometric shooting, can make measurements of the distance between the shooting points to determine their relative exceedance and to Orient the line of measurement azimuthally areas with only one operation – a lifting of the metering rod. 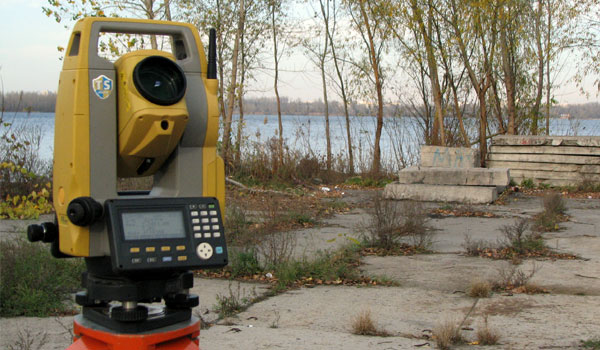 Wide application tacheometric shooting for engineering-geodetic surveys in the design of linear construction projects: roads, pipelines, energy networks, channels, etc, where the practice route of removal. Also using the tacheometry and as a quick way of obtaining initial data for development of topographic plans of small plots of land. From the others, close to it types of shooting, for example, benzolnogo, tacheometric primarily features a minimum run time of the field work. On the ground, perform a number of measurements. All mathematical processing of the results and preparation of cartographic materials is carried out exclusively in the laboratory conditions. Due to the fact that in-situ measurements take a short period of time, it can be argued that the term, which is tacheometric shooting, less dependent on weather conditions than many other types of shooting methods. Besides, in this type of removal is more efficient distributing the work of surveyors. One group can put the field work, the other – the only off-site data processing and preparation of plans and deliverables.

Tacheometric surveys can be conducted with devices of two main types:

Earlier, more common was the circular stations, but recently they are gradually replacing automatic devices, such as, for example, and, And-2, "dal'ta", "Reda". When using total stations, machines additional calculations are minimized, which makes their use more convenient.

To improve the accuracy of determining the distance during the laying tacheometric moves also engage the use of optical rangefinders (name, DNI, DD, DAR).

The procedure of tacheometrical removal

Starting points for shooting are points of the state geodesic networks and networks of thick. Given that the crew works their density is not enough, in order the altitude and the planned study, the first phase of the work performed by the gasket tacheometric moves. To increase the speed of removal can be performed simultaneously with the laying of moves. When linking theamerica the reference points with unknown coordinates are paving theodat moves (total station moves, without measuring horizontal angles).

On the basis of the laid moves perform basic surveying. Tacheometric survey is conducted by way of a set of pickets at the salient points of the plot, removed. Distance and elevation between stations is determined by removing the measurements with the points of removal on the special rails that are installed on the pickets. At the same time with removable measurements fulfill the outline of the terrain (in order during the off-plan has not been lost some of the details of the situation). The outlines allowed to do in an arbitrary scale. The main requirement for it is a reflection of all essential details and objects of the land.

The company "Guild Engineering performs tacheometric shooting for all purposes and has extensive experience in executing such works.