Topographic map of the Kiev region

Employees LLC ”Guild Engineering” can be compiled for You a topographical map of the Kiev region. The reachability realization of this considerable work requires the availability of cars for transportation equipment, mobile teams of engineers, surveyors, measuring instruments, drone for aerial photography implementation, skilled cartographers, are aware of the specifics of the case, and appropriate computer programs. Professionals can also make a map at a smaller scale based on the available maps of larger scale. 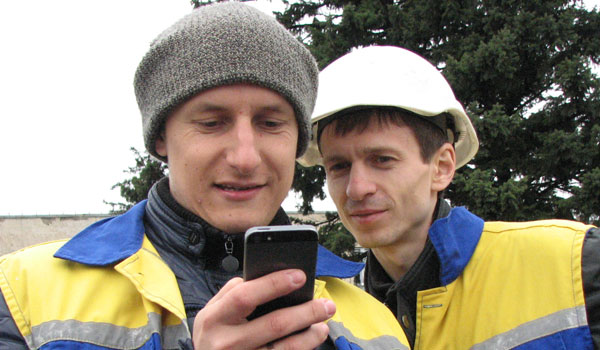 Topographical map of the Kiev region is diminished reproduction of the earth and water elements, carried on a flat sheet. On the cards is a thorough portrayal of terrain and landscape. Conventional signs, which are areal, linear and has no scale, the situation is transmitted. Green forests, blue - water surface, the fields are white. Data geographic coordinate system applied in the corners. The map indicates the location of the points of the geodetic network.

Topographic map of Kiev overall, the lack of a systematic planned works today is irrelevant. Many maps of the city and region (from the street to dvuhmillimetrovy) contain information, the duration of which is ten or even twenty years. Intensive engineering work within the city and surrounding area leads to a rapid change in the external world. A map showing the real state of things, needed to make critical resolutions on many economic, scientific and global issues.

Map of the Kiev region, according to the designation may be made in the right scale. For convenient administrative maps medium scale, a road map, you may need more. Maps, unlike plans that take into account the curvature of the Earth's surface. For mapping larger pyatikilometrovogo use projection Gauss-Kruger. Topographic maps are prepared in scales 1:10 000 and smaller. One hundred meters (1 cm to 100 m) - normal scale city maps. Than krupnomasshtabnye card, the higher its information content. Smaller details are eliminated and captured. This process cartographic generalization aims to preserve and reflect on the map a typical phenomenon according to the purpose of the map.

Legally set period, after which the state topographical map is subject to update, is 5 years. Containing up-to-date topographic map of the Kiev region need to bring order to the geographic information system. All potential investors to consider the possible attachments you must provide the actual cards. The map material must give knowledge of the terrain, hydrography, access roads and nearby settlements.

In the framework of the project of creation of a Public cadastre map in 2007-2012 was performed aerial photography of the entire territory of Ukraine. However, in view of the circumstances, the results of this survey were not used for updating of topographic maps. So updating existing maps - the task of the day.

Map of the Kiev region is divided into sheets. To work with sheet maps, invented the system of raskrutki and nomenclature. On topographic maps the item is signed at the top. Each map of a certain scale has its own nomenclature. When ordering maps, you can specify the nomenclature worksheet. Maps are created both on paper and by constructing computer programs.