Topographic mapping at a scale of 1:2000

Accuracy and clarity is very important in all matters of geodesy. Because engineering does not tolerate approximations and definitions "by eye". And in order to achieve maximum accuracy is required, a combination of various factors that affect the final result. One such important factors, without which no cost, no geodesic procedure is scale. Even when performing those processes that do not involve shooting, will require the development of graphic documents. And they, naturally, will be performed at a certain scale. After all, to place the territory even on the largest paper size is not possible in a 1:1 ratio. With this purpose and for a particular scale. The selection of the ratio depends on a number of factors - purpose graphical document, the area and other. 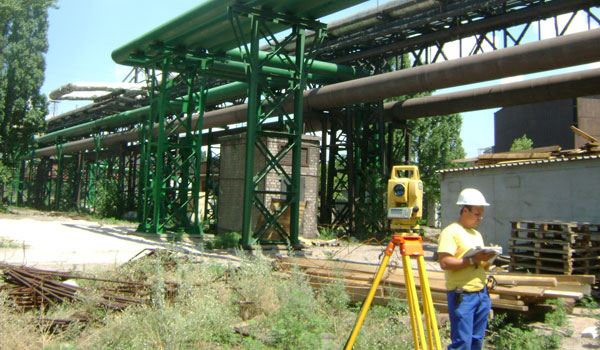 Among the numerous large and small scale stands out ratio of 1:2000.  why do you need such a scale, if for most objects use the standard five hundredth (1:500)? And assignments 1:2000 lot:

As you can see, all objects using topographic mapping at a scale of 1:2000 is quite large and, accordingly, areas, structures and grounds. Most often they are industrial purpose. So the scale of 1:2000 is no less important in geodesy, than demand 1:500.

Being such an important service, shooting in this scale of development plans-mountains should only be performed by specialists with appropriate training. Moreover, when working on industrial sites require special permits and permissions. Employees Guild Engineering, working in the field of geodetic surveys, have all the necessary licences and certificates for such works. All our equipment is also licensed and regulated for safety. Therefore, we can guarantee not only the quality of plan 1:2000, but also the safety of the whole process.