Surveying is done quite often and requires significant attention from the performers. This is because the data that surveyors receive after completing this imaging process, it is necessary for specialists of other specialties. In this regard, we can conclude that topographic land survey should be performed only by professionals who have considerable experience in this field. Consider in more detail what is topographic survey of the land and how it is performed. 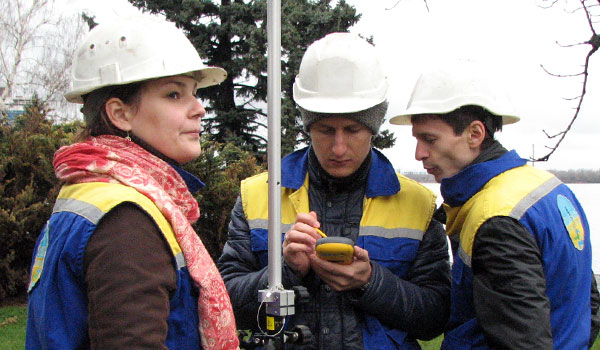 First of all, it should be noted that this kind of surveys, which are performed to determine the spatial coordinates engineering objects and the terrain. Topographic survey is performed, most often, in the case where you need to make a project of the new building, in the case where you want to connect the already existing engineering objects to a common communication system. It is worth remembering that topographical surveying can be made in small, medium and large scale. It depends entirely on what results, that is, from the ultimate goal of the whole process. So, small-scale and medium-scale topographic maps are used most often for General information with a large territory. That is, having such card, You will be able to explore a significant area, but will not be able to spend more or less accurate calculations. The smaller the map scale, the less detail and accuracy.

for this in the design of individual buildings using large scale maps. They are sufficiently detailed and accurate, and that's what it takes when you compiled the project object. Topographic survey of the site is most often done on a scale of 1:500 or 1:1000. Of course, there may be used other scales, such as, 1:100, 1:200, 1:2000, but they are less common and are most often used to address specific issues. Topographic surveying has several stages that are executed regardless of the size of the territory and conditions.

first of all, the employees of LLC "Guild Engineering" study all the information on the previous study of the area. After that, the plot determine the location of observation points. These points together make up a geodesic grid for this plot. This grid is mandatory snaps to the nearest point on the common geodesic grid or any structure with predefined spatial coordinates. Also reference should be made to the red line. After determining observation points topographic survey is performed directly within the given location.

All studies are performed using theodolites, tacheometers, levels and other measuring devices. the Topographic survey of the land should be held so that all objects located on this territory were investigated from all sides. Sometimes it's pretty hard to do, especially in such areas where there is lots of green space or other developments. For such cases, our specialists use special techniques, which allow to obtain correct results.

Last phase of research – data processing in laboratory conditions. It was at this time the surveyors create topographic-geodetic plan of the area and transferred to him all the information. It is quite an important stage because this plan is used to execute further works and, if necessary, is fed into the respective organization. Thus we can conclude that topographic land survey is very important and if You want to get good results, then You should contact the firm company "Guild Engineering".