Topographic and geodetic survey and the purpose of its implementation

Topographic surveying is the view of surveys that are performed during the design or construction of engineering objects. In addition, topographic studies can be performed with the aim of drawing up a topographic plan of the area, which is used not only in the construction of buildings, but also for other practical issues. In particular, the topographic map can be used for air or marine navigation and used for familiarization with the territory. Topographic and geodetic survey is performed by different techniques. The choice of the technique depends on scale and level of detail. 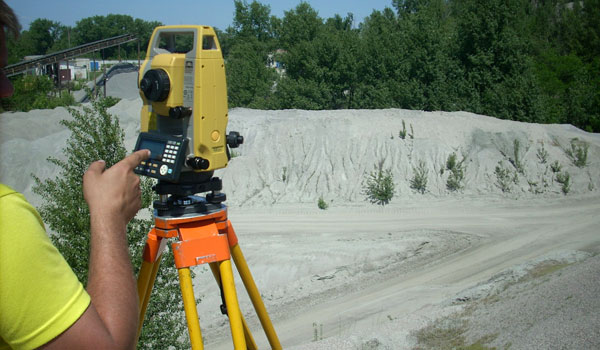 The employees of LLC "Guild Engineering" using ground-based methods of work. This gives the possibility to obtain reliable results in the short term and to draw up a detailed topographic map. Topographic surveying is done with the aim of exploring the territory and create its graphic image. Documents which the client receives after conducting topographical studies, can be used by architects, landscape designers, builders, and designers.

The stages of conducting topographical survey

Topographic and geodetic survey is performed by our craftsmen in the field and laboratory conditions. This is due to the fact that the quality of the job, employees must first obtain the data relating to the study area, and then process the received results and to make the corresponding geodesic plans. First of all, the specialists from the company "Guild Engineering" perform the study area, and creating a geodesic grid. This is necessary in order to secure points from which you will run the observation. Thereafter, directly mapping services, geodetic survey. It is the process of determining the coordinates of all objects that are within the site using special equipment. Most often, this is done using theodolites or total stations.

The coordinates are determined not only for engineering or natural objects, but for most areas – it gives the opportunity to explore the terrain. After all the observations in the area of research, our masters are transferred to the data processing. They are validated for accuracy, precision and errors. Because of this, we always get quality results. Ends topographic surveying preparation of relevant documentation. The data obtained can be made a topographic plan, a copy of the topographic plan and site plan.

The preparation of the topographic map of the studied area

Topographic surveying is done in order that the specialists could make the graphic display area. That is why, if You need a quality topographic map, You should turn to professionals who have considerable experience in carrying out topographic works. This files most often performed topoplan scale 1:500. It is quite detailed, but at the same time not burdened with unnecessary details. Also, our employees can make a topographic plan in the scale 1:2000, 1:200, 1:1000. The scale is chosen depending on the size of the plot, which is worth exploring.

In order to make a topographic map using the legend. They give the possibility to clearly specify the mutual location of different objects. If we are talking about buildings, most often they are depicted in the map scale, that is, their actual sizes can be fairly easily identified using the topographic map. Also on this plan must be shown in all communication systems, tracks and roads.