the solution to land management issues; 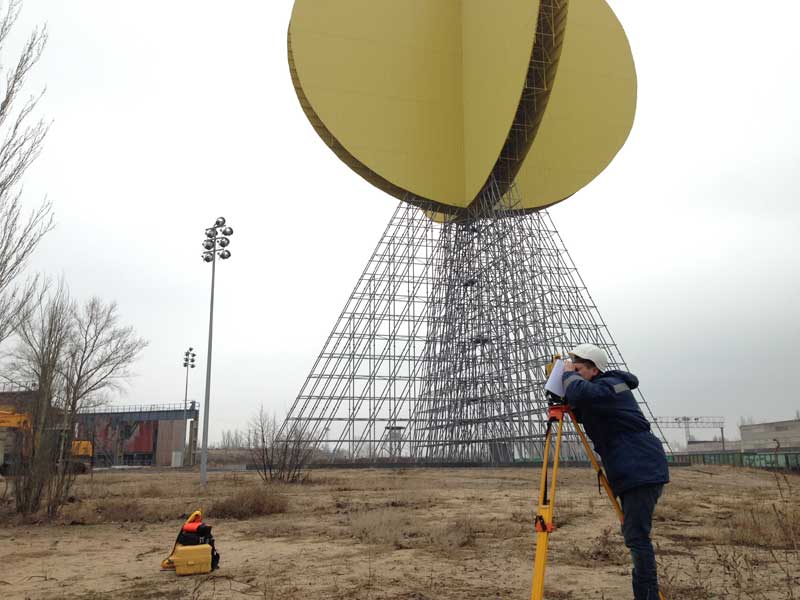 Plan is built on the territory of the city, allows you to monitor the implementation of the General Plan and make adjustments to it, to make the scheme of development of the city of new areas in the urban structure. Based on the plan scale can be performed engineering-geological zoning of the territory, made up of activities of land reclamation, planned exploration activities.

Today, the digital way of transmission and preservation of topographic information is essential. Graphic materials are derived from digital. Only in the following cases, determine economic feasibility, or other aspects, which are specified in terms of reference materials are manufactured in graphical form. Accuracy of topographic maps and digital topoplan not allowed below the precision of graphic materials. The allowable average error of the horizontal and vertical location of objects that depend on elevation, slope and salasanasi given in the normative literature. Specialized topographic plans when performing the topographic survey of 1:10,000 can be made with different precision, when it is specified in the terms of reference.

High precision topographic maps and topoplan is achieved by performing inspections of aerial photos and field survey work, follow-up measurements. Also checked annually the severity of stereoscopic vision in workers, training of staff. Quarterly, checks the equipment on which you are running photogrammetric work. Upon detection of deviations from standards and reducing the processing accuracy aaronmk, calibration is carried out.

Laboratory work is an important part of topographic survey 1:10 000

Topographic mapping takes place in several stages. Allocate preparatory period, field and laboratory. In laboratory conditions, will examine the available survey data on the area of the shooting, preparing materials for field survey work for the establishment of survey ground, processing aaronmk, and creates a topographical plan or map, orthophoto. Here is a check of the accuracy of the materials that you are editing.

Technical design created after analysis of all survey materials, determines the purpose, content and volume of works, their estimated cost, implementation period and other important indicators of topographic and geodetic works on the object.

Transition to digital processing has accelerated the process of creating topoplan. Many of the premises occupied by the equipment for processing of films, steel is not needed. But the process of processing of materials of topographic survey 1:10 000 remained diligent and responsible. Equipment photogrametric equipment and software allows to obtain high quality results.