Topographic survey of the land (topographical survey) is a series of surveying (measuring angles, heights and distances), which are conducted for creation of a topographical plan or map of the area. Such plans usually reflect the situation and terrain. Under the situation understand the display of all objects on the terrain (buildings, structures, vegetation, utilities) and their relative position. 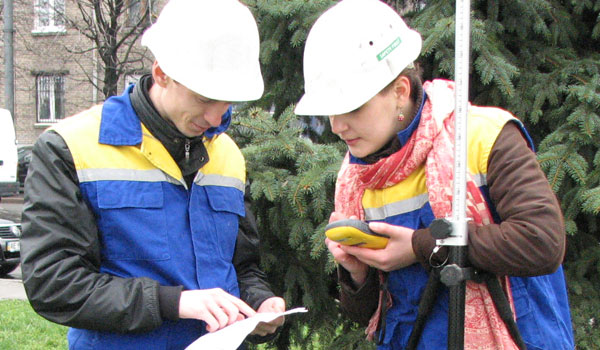 What are the surveying

On the methods of imaging can be divided into several types:

What is it used for surveying

The survey is one of the most popular types of surveying, as used for many purposes. It is used in the design and construction of large houses, landscape design, design of land development projects, updating and creating maps, creating master plans of cities, etc.

Depending on the purpose of topographic survey is necessary to make various precision objects are displayed, and therefore at different scales.

The extent to which performing the topographic survey

The topographic survey performed at scales from 1:50 to 1:2000. The most common survey in the scale 1:500, which correspond to the instructions for surveys and reflect both buildings and vegetation, underground and surface utilities. Each object is identified by a unique symbol-specific scale. Shooting large scales are used for large industrial facilities and small – to work on small plots of land.

Specialists of the company LLC "Guild Engineering" with high precision will perform a topographic survey of any kind, depending on your needs using modern electronic devices. This will allow you to obtain a topographic map or a map both on paper and in electronic form.

Carrying out the topographical surveys is a complex, challenging process that quality performance is only possible by qualified personnel. During the topographic survey can be performed the following activities: exploration works on the land, reconnaissance, design of survey network with the reference for the state geodetic network, performing angular and linear measurements of the object points from the survey network processing results of field measurements, preparation and execution of the topographic map of a given scale.

What are the stages consist of surveying

Conventionally, the process of surveying can be divided into three stages:

Price and speed of execution of a topographic survey depends on the square footage, density and its location.