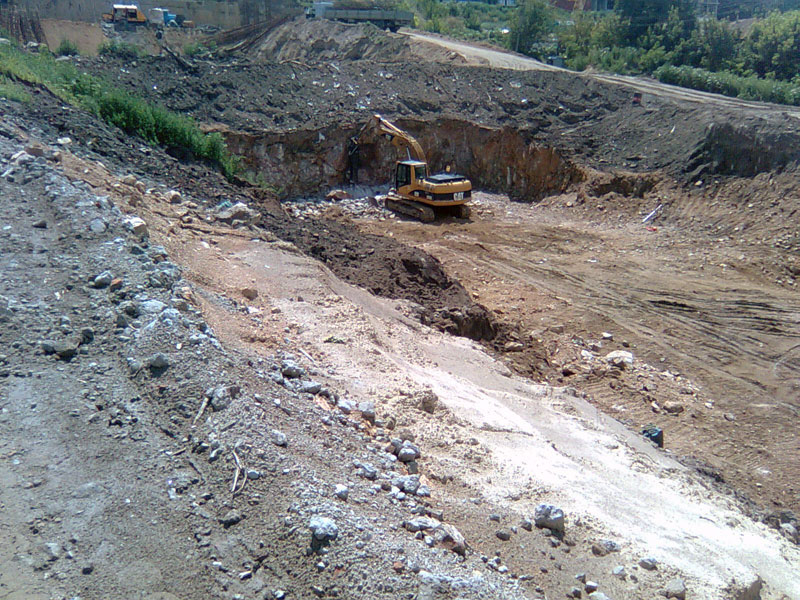 Before construction or any works on any site, there is a need to define landscape - we must understand all exceeded, slope, and other curves of the land surface area. Some sites seem "equal", flat, and the owner neglects surveying, resulting in the operation site. For example, even the most insignificant precipitation (rain, snow, etc) can cause many disadvantages of pooled water (Luz), and storm flows will be generated in unexpected places, etc. Altimetric survey section will give an opportunity to define all sorts of places of a congestion of precipitation, slope, the differences and the excess on the ground. What would correctly Orient the section for work it is necessary to maximally take into account the existing situation of the earth's surface, it will allow to reduce labour and time costs, which undoubtedly will affect the costs of doing the work.

On demand of the customer the density of shooting (the number of points (marks) in a particular area) may change, it depends on the complexity of the existing and future landscape, that is, the more the bends of the terrain, the density surveys to be higher and Vice versa.

Also altimetric survey is needed to further define the scope of movement of the earth that must be done, making the correct Executive surveys and correct cartograms of calculation of volumes after construction of the landscape.

For "vertical" layout of the site required a project of relief organization, which is developed on the basis of an updated, detailed surveying before beginning work. After issuing designers set of draws an integral part of work is geodetic marking and control. Surveyors on the ground will be binding guidelines, elevations (rapper) and other characters to guide progress operators of machines and mechanisms, as well as workers, employed at the site. An important factor is also the control over the performance of work, timely geodetic adjustment will allow to avoid deviations from the project will reduce the time and therefore costs. 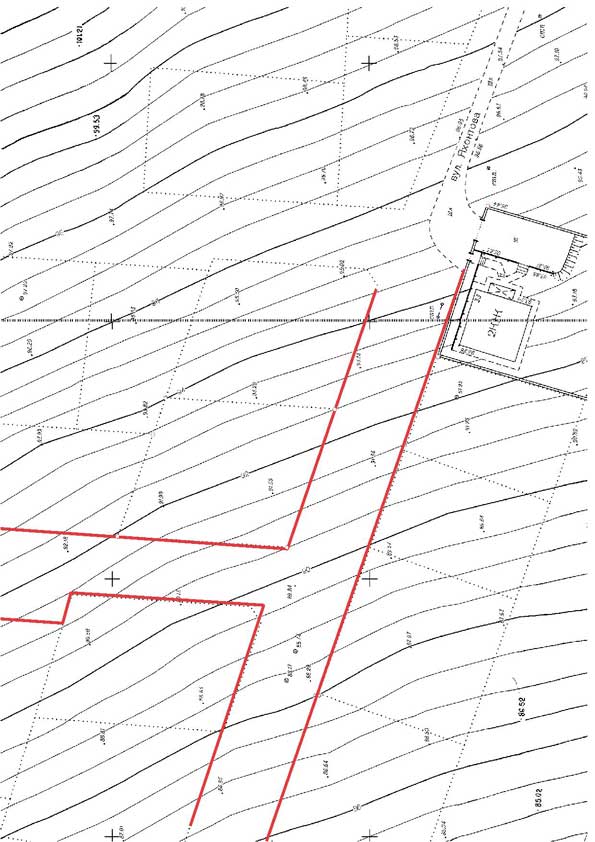 As already mentioned, high-rise vertical shooting allows you to get maximum information about the topography of the investigated area. On the plan of relief is expressed in either numeric marks or horizontal lines. In the recognition rates for this type of geodetic services, the customer is faced with such a term as "contour interval" and few people know what it means. The contour interval is the distance in height between contour lines that are next door. You should not forget that the smaller the height, the more expensive will be the cost of the work performed.

Also the cost of holding high-altitude geodetic survey plan of the relief is affected by the scale at which it operates. It can be large or small. The scale of the conduct of topographic survey depends on the purpose for which it is made. The most popular is m 1/500. Also there is a certain scale, which is used only for landscaping. Based on the data obtained during the conduct of such surveying topographic plan.

Geophysical basis is different from conventional topolina. On it in addition to all the items in the survey area, also display surface and underground communications. This also affects the cost. Topographic plan is provided to the customer in electronic or graphic form, depending on what format they need it. Unfortunately, such plans tend to become obsolete over time, so it is necessary to periodically perform again.

Having all necessary components, such as hi-tech and precision equipment, which allows to perform any tasks quickly and efficiently, qualified personnel, who have all the necessary methods of our organization will be able to perform all kinds of geodetic tasks aimed at achieving Your goal.