Copy of the topographic plan

Requirements for connecting to the grid:

you will receive Zhytomyr region from 1500 UAH. 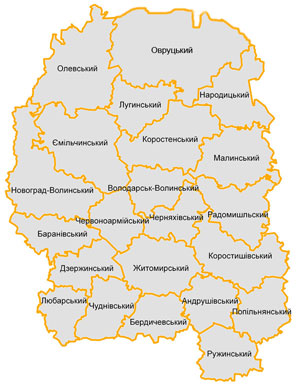 Topographic map is a graphical document based on results of the topographical survey of the land plot. In turn topographic survey is the geodetic method study site using a special, professional equipment. Without such procedures, it is impossible to conduct any work on the site, this is a mandatory element of all geodetic works. For topographic plan plays a big role scale, in which it is running. It can be either large or small scale - its range is between 1:100 to 1:2000 and smaller. This breadth of capabilities allows you to choose the best size that will be able to convey all the details and peculiarities of the territory. Topographic plans form the basis for construction projects and master plans. For further ease of use, topographic plans are now being made both on paper and in electronic form. Use a special computer program.

Topographical plans can differentiate depending on the purpose and destination. So, the basic plans that make up the lion's share of all such graphics can be produced for objects regardless of their sphere of activity. The information that is included in the total topoplan, are universal and convey the full picture about the plot. With regard to specialized plans belonging to the second group, they are created in rare cases, a specific area in a specific industry.

In some cases, additional documentation on the land or to obtain permission to perform certain actions for construction, the owner may need the copy of the topographic plan Zhytomyr region. The copy is an official document, the so-called help, only having a graphical nature. The copy marked the same plot, which was conducted topographic survey, and were made of topoplan, but only the size of this plan is much less. The copy should not contain even minimal differences with the original topographic plan. The small size implies a very small scale is 1:2000, 1:5000. The last scale is not so popular. The most common and optimal for perception is 1:2000. It made up a large part of vicoprofen. The purposes for which is taken to be a copy, also different. But in most cases it is necessary to supply to the RES to supply electricity to the site, as necessary General plan land Zhitomir with determining the placement of electrical installations.

In the preparation of copies you will help the specialists of our company, and site plan 1:500 will be free, and the copy of the topographic plan will be at a low price from 1500 UAH. We will develop the exact document in compliance with all standards and requirements to provide Zhytomyroblenergo. For this service we can turn any resident or business Zhytomyr region. The accuracy of the copies made by our company will allow you to successfully and without delay and problems to connect their land to the grid.